First Crush–2nd book from the In The Garden series 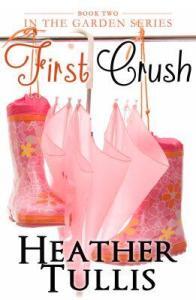 It is out! I am so excited to announce that the book is now available on all ebook retailers and the paperback should be available to order in a few days.[/box]

Third-grade teacher Maddie McCormick was thrilled when her dream of a greenhouse classroom actually came to fruition. She hadn’t expected to anger the local street thugs, or that their threats would make it more difficult to use the new structure.

Police officer Ben Belliston hadn’t planned on fatherhood—ever—but gaining custody of his orphaned niece had him rearranging all of his priorities. His niece, Felicia, and Maddie, her new teacher, bonded right away, so he was happy to provide a little off-duty security in the greenhouse—it was more than a fair exchange for the way Maddie helped his niece emerge from her shell. He hadn’t expected to begin seeing his best friend’s little sister in a new light, or the way Maddie would make him question all of his future plans.

Buy it now on Amazon!

Next up in the series–Not in the Plans, coming summer 2016!