How do You Train the Monkey? 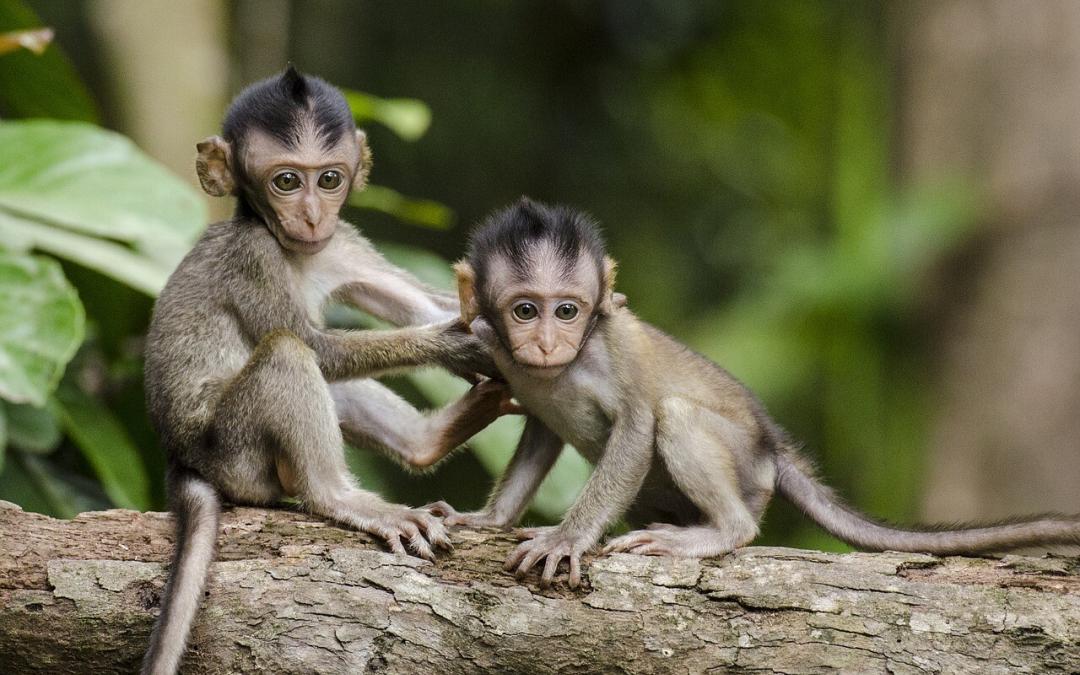 I was reading a book recently and came across an interesting passage where Fo (short for Forest) talks about the difference in the way his best friend reacts to himself versus other people. In it he refers to that reaction as how they ‘trained the monkey.’

I thought it was a really interesting way to explain how we condition people to react to us based on how we treat them and it got me thinking off in other ways that we, every day, with every person we meet, train the monkey to behave in a certain way.

This doesn’t just apply in how we train our kids (do we say no, then give in, thus training them that if they just wheedle and coax long enough, they will get what they want), but also in whether or not they trust us to confide in. If I as a parent (okay, so I’m not a parent, but I’m using my experience as a former foster parent here) maintain a dialogue with my child, and respond to their crisis in a way that doesn’t make them wish they hadn’t come to me, they are more likely to confide in the future.

My boss likes to get a rise out of people and when I first started work (before he was my boss), he used to poke at me verbally, teasing, and okay, sometimes crossing the line into mean. I didn’t react to his teasing, he never got a rise out of me, so now I only get good-natured teasing. I ‘trained’ him to treat me nicely by not giving him the response he craved.

When I was growing up there was a kid I knew and well into his teen years he was a favorite for others to pick on–but he laughed and goaded them into it as often as not. He didn’t like being dumped in the trash can, but his reactions reinforced their bad behavior (people don’t often get that laughing can be a defensive action, and generally mistake it for enjoyment). He didn’t know it, and they didn’t realize, but he ‘trained’ them to continue treating him that way. It didn’t stop until he got big enough to push back–and the guts to follow through.

By the way, this works in reverse too, now he often sees offense where it wasn’t intended and blows up at people who are trying to honestly be helpful because people around him trained him too.

People who work in customer service can either make life-time customers, or destroy relationships by how they treat people.

We all ‘train the monkey’ with every person we encounter every day. We may be training them for other people to deal with (if enough people mistreat someone, they’ll become difficult for everyone else, even if someone hasn’t given them an excuse), or training them to treat us with respect or disrespect.

The good news, we can always make a conscious decision to undo the way we’ve been trained to react and to start treating others differently. What can be trained can almost always be untrained.

PS, the book was The Outer Edge of Heaven by Jaclyn Hawkes, which I’ll be reviewing on Friday.