Counting down the weeks 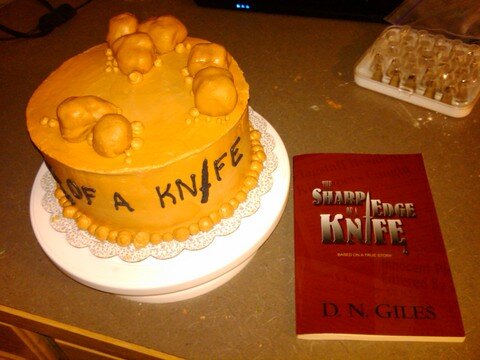 I was looking at the calendar, and Rebound should be in the warehouse, and maybe even in my hot little hands in 5 weeks–which is totally exciting! We got the bookmarks ordered last week, and I’m looking forward to seeing them, and handing them out to people.

By the way, sweet edge-of-your-seat romantic suspense author, Anne Patrick interviewed me for her blog today. Go check it out here.

Some fun writing news last week: Costco is going to give Rebound a whirl–if it sells enough copies, in it’s trial basis, they’ll let me come do signings and things, which I’m totally excited about. I also set up a school visit in Emery County at Canyon View Junior High in Huntington on April 12th, which will be a lot of fun. they’re busing the boys all to the other junior high in Feron, and the girls from Feron to Canyon view, so I’m totally excited to speak to the girls and get to meet a bunch of them.

In non-writing news, we had to replace our fridge last week when ours went out. Thankfully, we didn’t lose much food, and we were able to make the trip north to find a new one the next day. Also, I took the cake in the picture above to critique.

Nichole is in my critique group, and I couldn’t take a cake the day of her launch party (for which I was very sad, even though I had a great trauma class at the hospital), so I brought it last week. There’s a scene in the book where the characters are in the desert in an area where they were surrounded by boulders, so that’s where this is. I was pretty happy with the cake as it gave me a chance to play with some ideas for her next cake (which is some in determinant amount of time in the future, as it still doesn’t have a contract–but it will someday, because it’s made of awesome!)

I also tried the lemon cinnamon cake flavor she said she liked so much in her interview here. It turned out great, so I thought I’d share it with you. But as I can’t find my super secret book of recipes, I’ll have to post it later this week (I know, I’m such a tease!)