It’s been a fun and eventful week (though not in the realm of writing or editing). Since a picture is supposed to be worth a thousand words, I thought I’d let them do most of the speaking for this blog post: 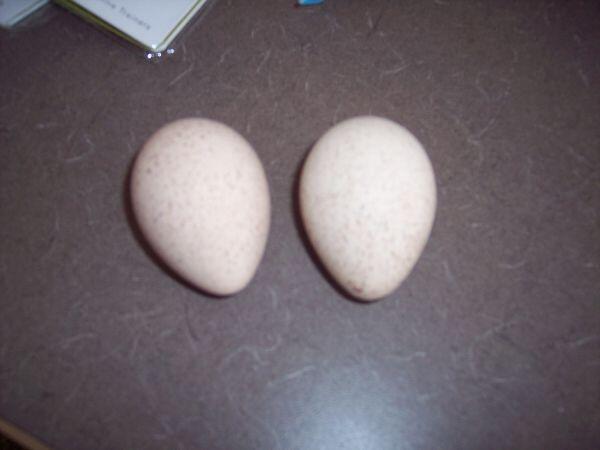 My first turkey eggs! I didn’t know they were tear-drop shaped, but since they are the same size as my chicken eggs, it will make them easier to identify. I can’t wait to hatch them! 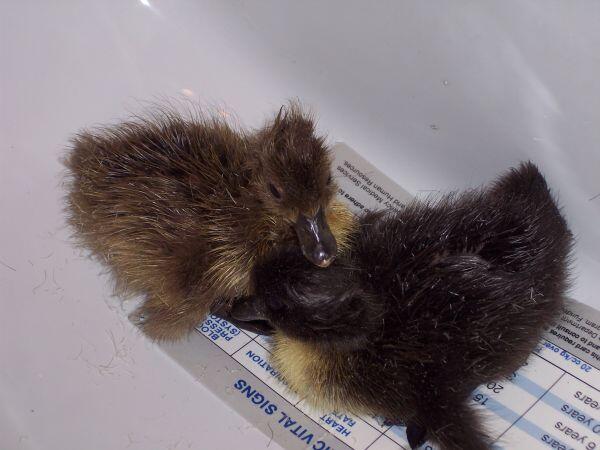 My first duckling hatchlings of the year! I have a few chicks as well, but I’ve decided ducklings are the most adorable baby birds on the planet. I took this picture for an online ad. Anyone need any poultry? 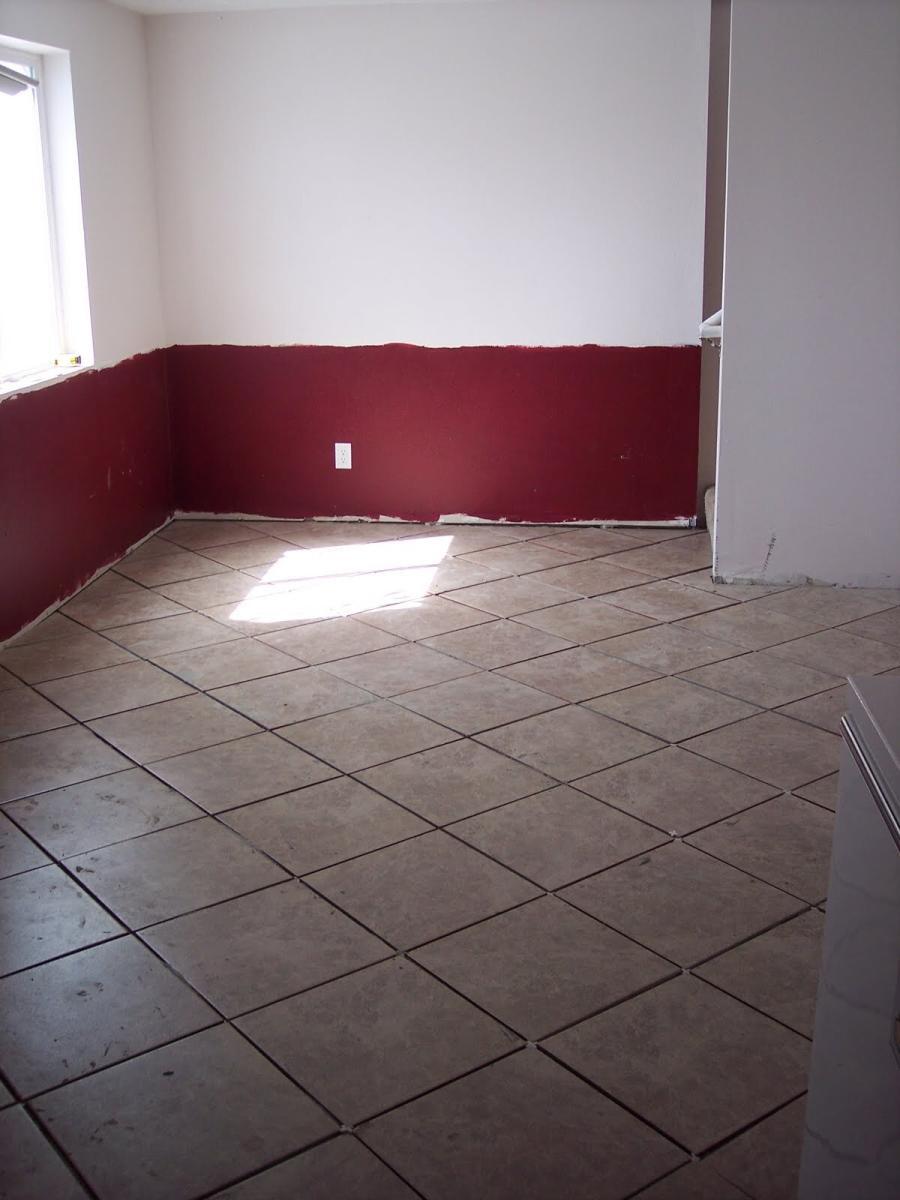 We FINALLY laid the tile in the family room this week. We bought the tile well over a year ago, intending to do this last winter, but ran out of time. We still need to grout and seal it this week, then we can move the furniture down and get the chair rail up–we’re very excited about this new room! I’m especially excited about having somewhere to add a few more bookshelves as the ones I have floweth over. 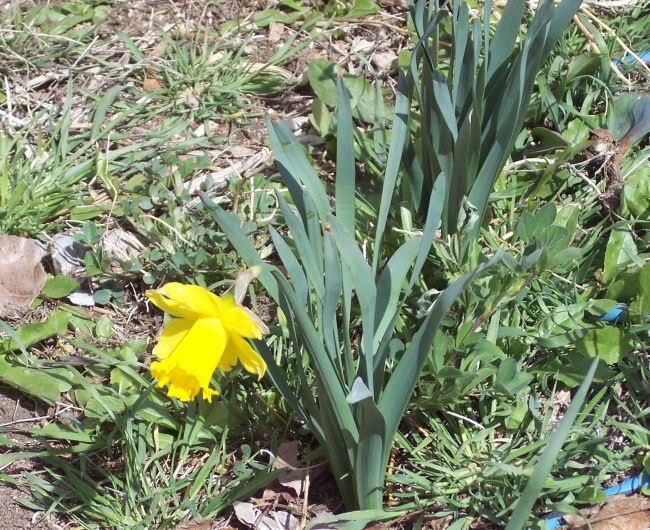 My first spring flower. The crocuses actually came up after this daffodil, but this one was closer to the house, and they always pop out first. 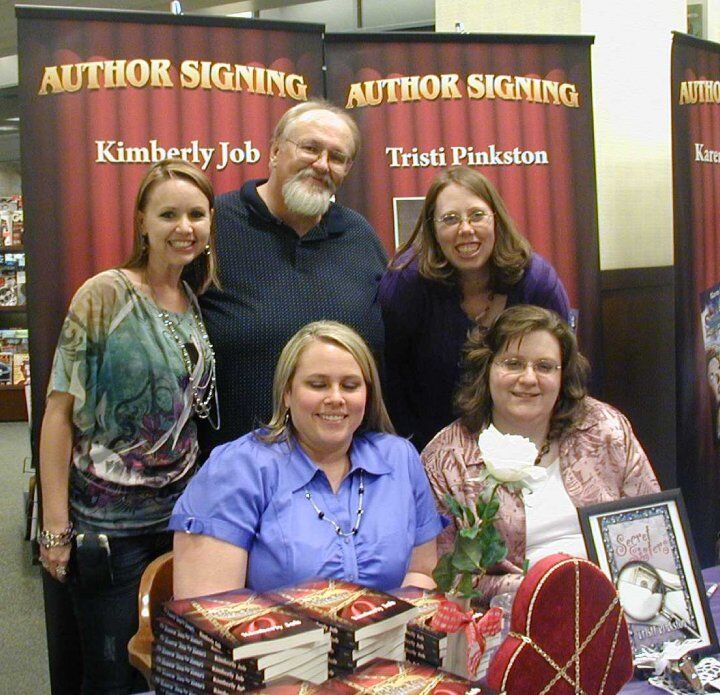 Tuesday I went to the Gateway Barnes & Noble for a big book launch party for several of my friends, which was also a totally fun night–this is my critique group: in front is Kimberly Job (who was launching her new book, I’ll Know you by Heart), then Tristi Pinkston (launching her new cozy mystery series, Secret Sisters), in the back is Nichole Giles, Keith Fisher, and me. Karen E. Hoover, Michele Ahsman Bell, and Daron D. Fraley were also launching their books that night, and Shawn Barrows started the evening off with an awesome performance (if you haven’t heard the man sing, you’re missing out!) 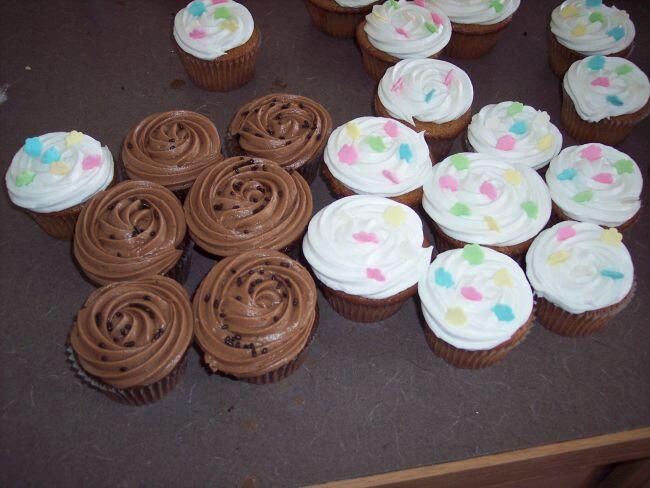 The cupcakes I made for a local fundraiser, and for the filming of the music video for the Storymaker’s conference. They are chocolate and cinnamon. Yum! I drove to Taylorsville on Saturday and joined a couple dozen other people in recording for the music video (the second one they’ve done–last year’s is unfortunately not on Youtube anymore. I’ll have to ask Stephanie if she’s going to repost it later.)

We dressed up as characters from books and did some dancing in the park, then filmed several other scenes around the neighborhood, ending with a glamour scene–it was a ton of fun, though I now understand why there are only twenty-something episodes in a season’s shows. There were a lot of takes and location changes. It was a long day, but totally fun and well worth it. I’d give you a list of all the highlights, but no one wants to read a post that’s four pages long. I can’t wait to see the finished product at the conference. If it’s posted online again, I’ll totally link it up!