Over the weekend some great news was released for read ers of the prolific Cleon Skousen’s work. Skousen had written four unpublished books that he turned over to his sons before his death, charging them to find a 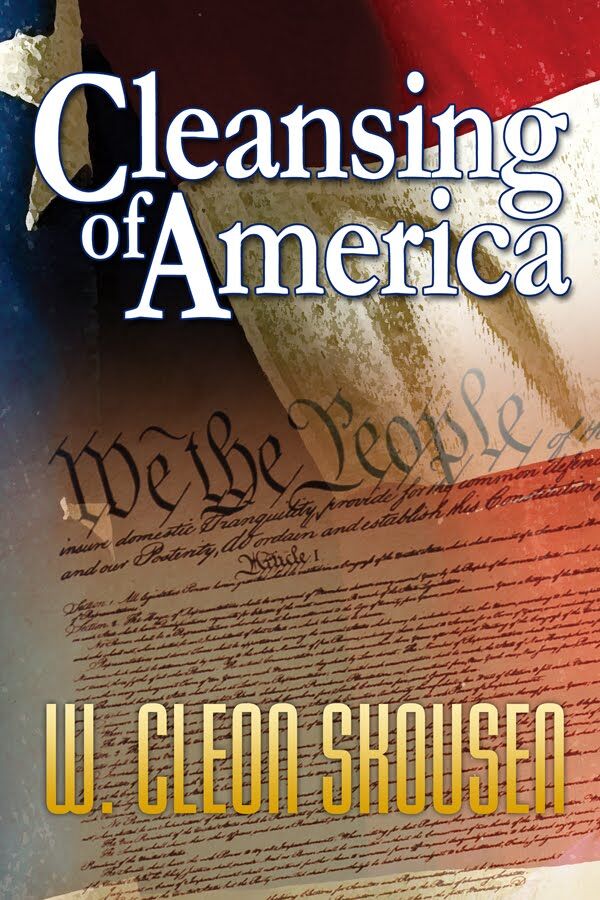 publisher who would do justice to it. Skousen’s sons just signed the contract last weekend and the first book, Cleansing of America will be out BEFORE general conference in April! Books are available for pre-order on the Valor website, and people who pre-order will receive their copies at least a week before the books hit stores.

The back cover blurb:

Dr. W. Cleon Skousen spent the majority of his life researching the gospel, the U.S. Constitution, the founding of America and writing numerous books and articles on the topic, and he is one of the most well-known, respected defenders of America and the gospel the world has ever known. At the time of his passing in 2006, his work was not yet finished. His book Cleansing of America, written in 1994 and given into the care and keeping of his sons, is now being brought forth for the first time ever. Included in these pages are the events and stages the Lord has predicted, through his servants, the winding-up scenes of this world. It helps the reader understand: the nature of prophecy, the known chronology of prophetic events, and the importance of staying close to the Lord and his prophets during the difficult and challenging years prior to the Second Coming. We are fast approaching those prophetic events. Some are upon us even now. If we are prepared and obedient, we need not fear these events, but rather embrace them for the blessings they portend.