Thursdays Winners and my trip to the Four Corners

Even though I would far rather stay curled in my warm bed with my laptop then spend hours driving across state, I’ve enjoyed visiting areas I’ve never been before. This week I drove out nearly to the four corners–If I hadn’t had a signing at the grocery store last night, I might have been terribly tempted to finish the trip.

Just a few notes about the long drive to San Juan:

There’s a big scrub evergreen (I really ought to know what kind of trees they are, but I don’t. If anyone else does, I’d be happy to be educated) on the East side of the road near Moab that is covered in tinsel and Christmas decorations. It even has a huge star posted on top. It was cool. I hoped I would see if on the way back so I could stop and take a picture, but it was dark and I totally missed it. The tree gave me something to think about, though. It reminded me of the shoe tree in Park City (which I blogged about here). I can’t help but wonder whose idea it was to begin with, why they picked that tree, and what they were thinking about when they did it. Could one of them have wondered if someone would see the tree and blog about it? Did they want to encourage holiday cheer to spread and hope the idea would catch on so others would do the same with random trees in their areas?

Actually, that’s not a half bad idea….

Anyway, Tuesday evening I spoke to a small group at the CEU San Juan Campus library about writing and what I’ve learned over the years. Then we had some tasty cookies and talked for a bit before my new friends, the Razors, took me home and fed me some seriously tasty homemade pizza. Many thanks to them and their mom for putting up signs and feeding and housing me for the night.

The next day I went to Mexican Hat Elementary school where I spoke to the kids all day with each grade coming in for half an hour. I did two presentations to kindergartners. We’ll just say that I got a bit hoarse by lunchtime. Thankfully there was a bit more break time between the afternoon sessions. It was fun, but my voice box was ready to have a break when I turned my car back north.

The red mesas and rock formations near the Navajo reservation at Mexican Hat are so cool. I took a number of pictures–mostly while I was driving back to Blanding. I couldn’t stop because school got out a bit later than I planned on, and the drive was a good 20 miles further than I remembered from my early research, so I had to rush back so I wouldn’t be late. 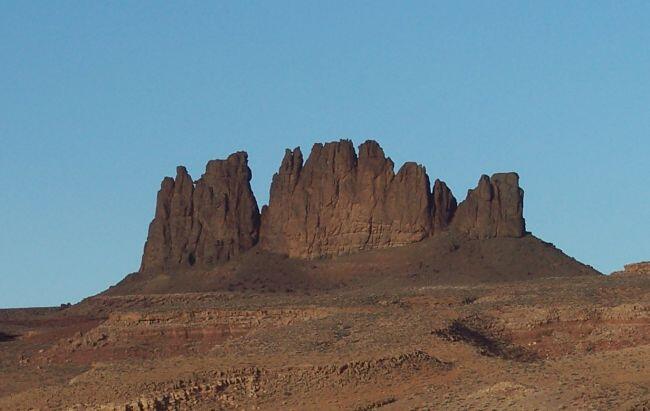 This formation is near the reservation. I remember when I drove near it in the morning I thought it looked like fingers coming out of the ground It’s more gray than the reddish dirt and rocks around it–the picture doesn’t do it justice. 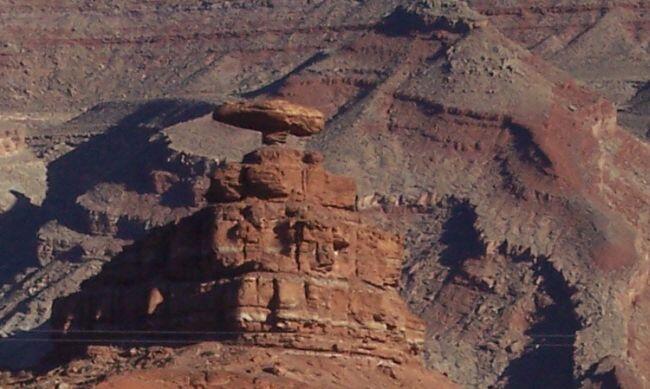 This one is called “Hat Rock” and ask you can see, it kind of looks like a Mexican Hat. I’m assuming that’s where the town gets its name. 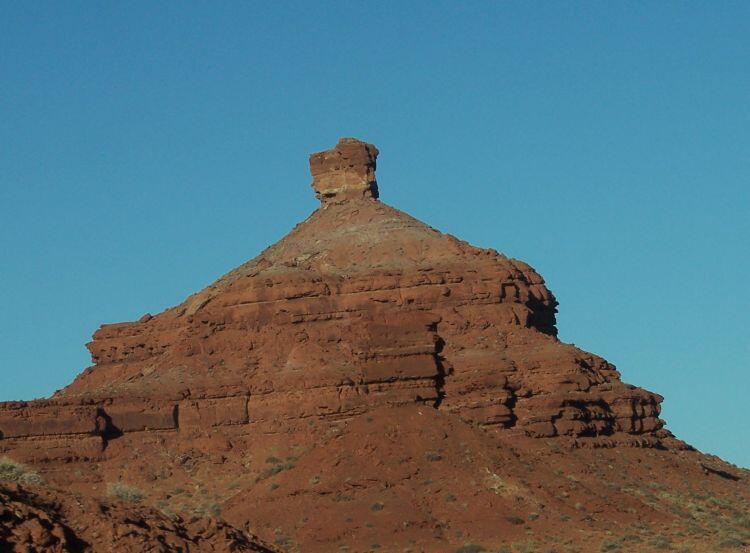 One day I’ll have to drag my husband down that direction and we’ll have to spend a few days going through Arches and Canyonlands national parks, then see some of the other sights that I didn’t have time for on this trip.

All right, now for the big announcement of the winners–I know you’ve been slogging through the rest of the post just to be polite, but here’s what you really want.

1) The gift certificate to Vinyl Expressions donated by Valerie Ipson goes to:

2) The hardbound copy of The Shelly Game goes to:

Okay ladies, you know the drill!
__________
Today’s blog tour stop is by Molly–who had never read an LDS book before, but even after reading mine is not adverse to reading another. =) Check out her review here.

Also, Jennie Hansen reviewed my book in her column for Meridian Magazine yesterday–and I was very pleased! You can read that one here.