My books have arrived! 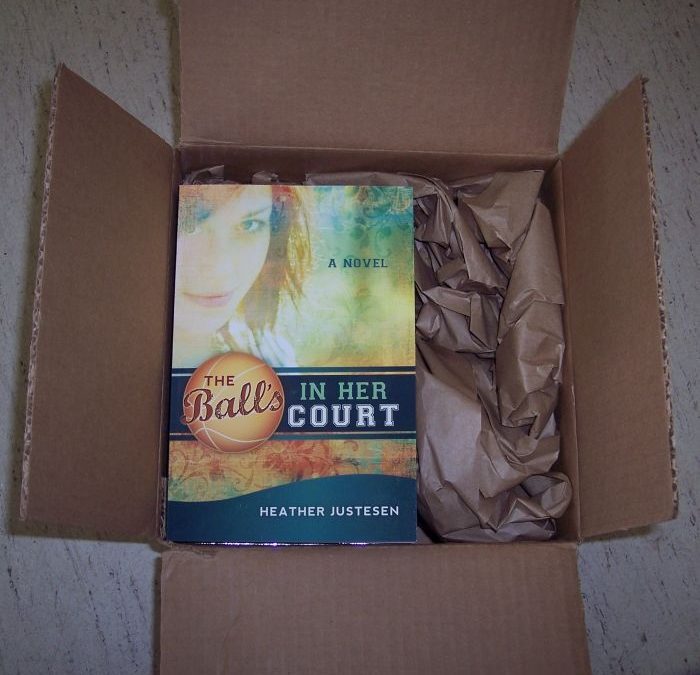 Today was a serious red-letter day for me. I still marvel to think that a little plot idea I had eight or so years ago has finally morphed into a book of my own. There were lots of little milestones, from actually finishing the manuscript, to sending it on each successive round of critiques (two by groups of friends, plus a professional edit by Josi Kilpack and various edits between each of them). Then there was the nail-biting process of submission. Finally I got my contract–which was a huge day. I remember I was totally alone at home, late in the evening when found my contract in my email–it was more than a day old already because I hadn’t expected it to come yet so I hadn’t been anxiously waiting (laying in wait from six week after submission until something comes through can totally drive one insane).

I remember jumping around my house–alone because my husband had dropped me off after our trip north and then gone to run an errand. My cell phone was acting up (my cell phone is always having trouble when I get a contract, or my friend Danyelle calls me to discuss the latest excitement on her own book–seriously, it’s happened three, or is it four times now!) so I ended up chatting online with my friend to tell her, and jumping around alone, celebrating for twenty minutes or so until my husband came home.

I took one final look at the manuscript (because no matter how many edits we’ve already done, a writer could keep tinkering for years. There’s always something left to tweak). Then I waited, and waited and waited for my turn to do edits. Just as I was about to go full swing into promotions I got the word that my book was being postponed from the original publication date in June to October.

Though that was a let down to have to wait even longer, it turned out to be a good move as National Adoption Awareness Month is in November, when my book (which deals with adoption issues) will be available in most bookstores. Also, It’s been relatively easy to get into bookstores because they are having promotions for the holidays, so I may get more exposure this way than I would have in the summer.

In the meantime, I got the contract for my second book, which was also totally awesome. =) We went through edits (Heidi is a saint if even half of her writers are as featherbrained as I am). And the book cover arrived. That was totally cool.

But nothing was as great as hearing the door to my parents’ store (where I work twice a week) open and hearing the tread of the UPS man’s footsteps. I leaped from the desk where I was working on the weekend deposit and ran around the displays so I could see him while I asked–“is it my book?”

I saw my mom lean over the stack of boxes and confirm that yes, one of them did have my books in it. Now, the UPS guy has never been especially chatty. Friendly and polite, yes, but I’ve never seen him hang around for a second longer than necessary. However, when he realized it was copies of MY BOOK he waited to watch me feverishly trying to cut through the plastic invoice holder that crossed the opening between the flaps (and loaned me his box opener because I was having trouble). I pulled away the packaging and beamed as this beautiful sight greeted me! 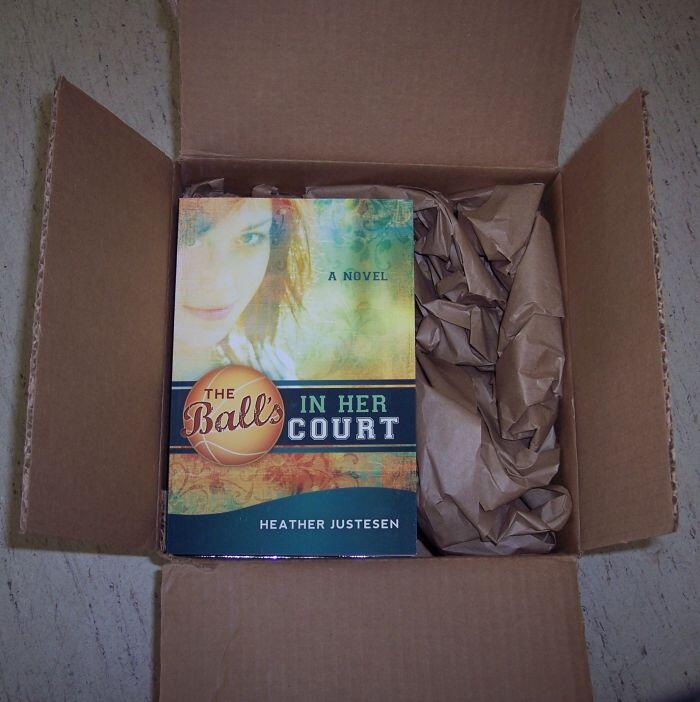 Oh, yes, they’re mine, all mine! Except for the one I sold less than five minutes later. Or the one half an hour after that. Or the third one a couple of hours after that. But somehow that’s even cooler. Not only do I now have copies of the book I wrote, but three other people already have copies on their own nightstands, bookshelves, or dinner tables (or with any luck, propped open being read while they ought to be doing something else!).

Once more I have to say a big thanks to my editor Heidi Doxey for being so fabulous to work with, and to Angela Olsen for the gorgeous cover. 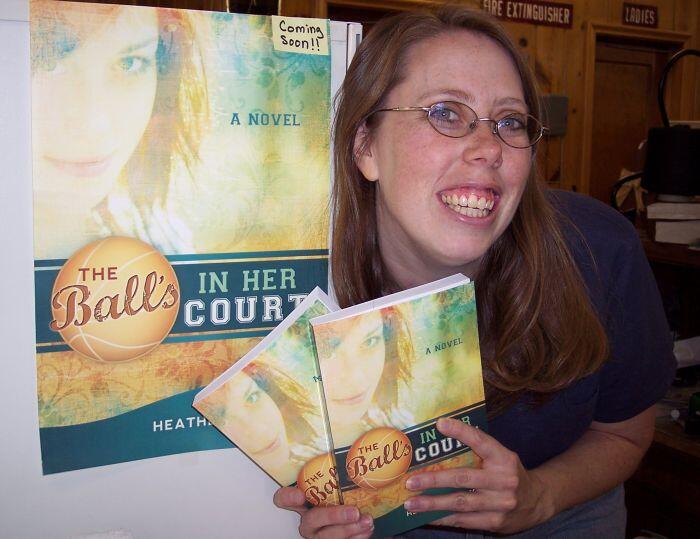 Do I look happy?