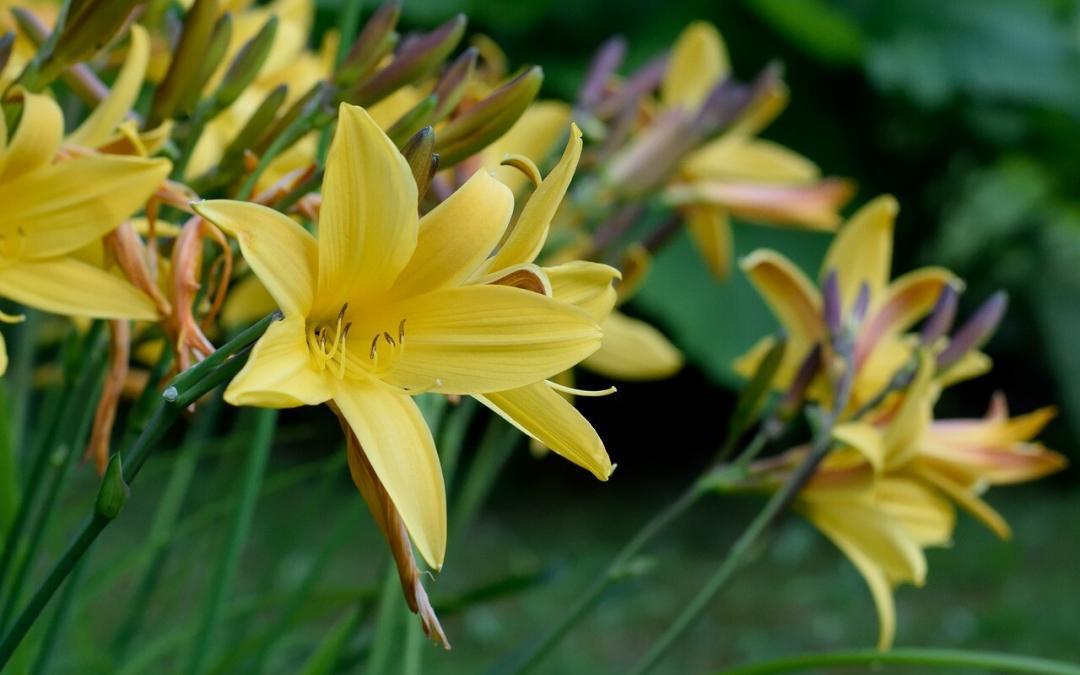 A few weeks ago my friend Danyelle mentioned she had great spring color between her crocus, daffodil, and tulips, but wanted to know more about flowers that would come back year after year later in the season. Since she’s a zone six like me, I started doing some research, since I’m all about perennials. These summer show stoppers can be found as bulbs, corms, ryzomes, tubers, or roots.

Summer flowers can include gladiolas–granted, actually marked as zone eight and above, but I’m willing to risk losing some each summer for their mid-summer show.

Summer blooming daffodils are also available out there. Mine were planted late in the season, so I’m hoping for a nice show this summer. Planting and growing conditions are similar to spring-blooming daffodils.

Lilies grow from three to six feet tall, bloom mid-summer, and are hardy from zones 4 to 9. They come in a variety of colors and put on a great show.

Daylilies like Stella de Oro–a yellow blooming variety (In the picture above) that is one of the most common types, grow six to twelve inches tall and have a spreading habit. They like sun to part shade and grow in zones 3 through 9. they come in all kinds of colors and get their name because the flowers are only in bloom for one day, but the plant rebloom and often has multiple blooms on it at once. Another advantage is that this is a great low-water plant for areas that are missed sometimes, though you don’t want to put off watering for too long. 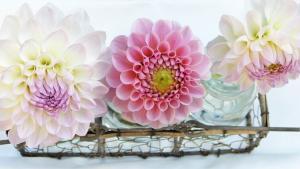 Image by silviarita from Pixabay

Dahlias don’t handle frost or freezing well, so they either need to be purchased and planted again every spring in zones 7 or colder, or they need to be dug up in the fall and stored and again, replanted in the spring. There are literally dozens, if not hundreds of varieties available from ones that grow only six to twelve inches tall, to small tree varieties. They come in single blooms or double, in bloom sizes from three inches to dinner-plate sized. Almost any color imaginable can be obtained, and they don’t return true from seed, but are tubers or rhyzomes that create offsets for propagation. 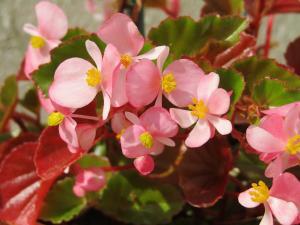 Image by Grisélidis G from Pixabay

Begonias are also a great choice in warmer climes. They grow from twelve to eighteen inches tall and can be purchased in many colors. They can be started from woody cuttings or propagated from seed. These grow as perrennials in zones 8 to 11 and will bloom repeatedly through the growing season as soon as danger of frost is past. They can also be purchased nearly anywhere that sells bedding plants in the spring if you live in cooler areas.

Caladiums have heart-shaped leaves and bloom in a variety of colors. They generally grow to two feet tall, and can be started indoors up to eight weeks before the growing season begins (yes, that means soon!). These tubers should be planted an inch deep in loose soil and prefer partial shade, and protected from strong winds.

And don’t forget alliums, which you can learn more about here.

Fall choices are also available, but I’ll discuss those next week.