Lucky Bamboo: one of the easier house plants 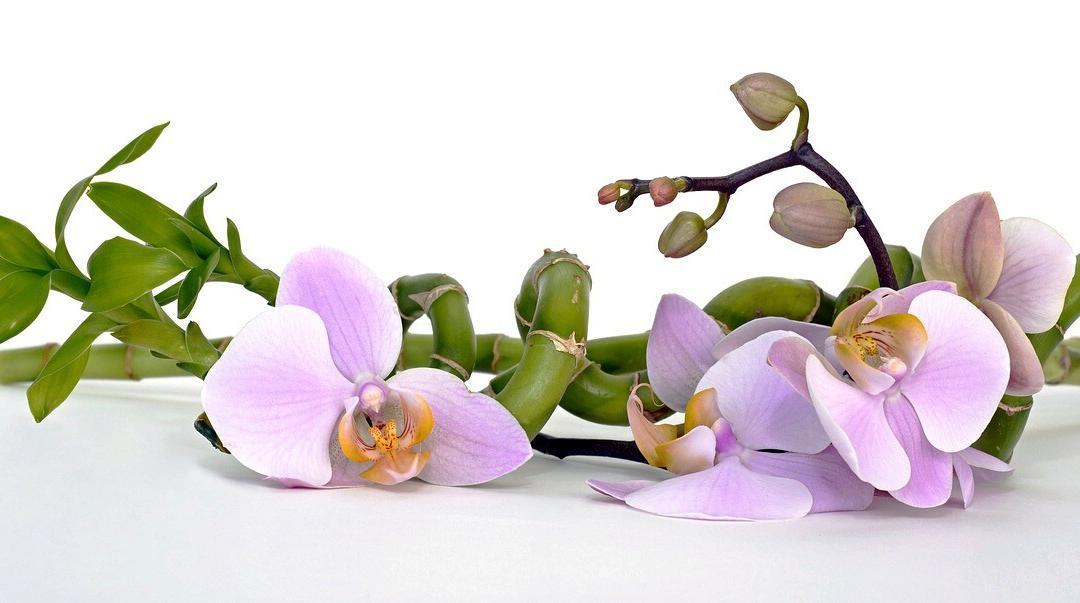 Do you have a black thumb? I know several people who claim they do, but even they can handle a plant as simple as Lucky Bamboo.

Actually, this plant isn’t even bamboo, it’s Dracaena Sanderia, a member of the lily family that grows naturally in the tropic rain forests of Southeast Asia and Africa.

The beauty of this plant is that it thrives in water–an inch in the bottom of the pot is plenty–and only needs occasional mild fertilizing. Of course, it’s best if you add to or change the water weekly, but if the plant begins to yellow, it’s possible there’s too much floride or salt in your water. Another possibility is that you have it in direct sunlight, which it doesn’t like. It also doesn’t do well in extreme heat or cold, so room temperature is really perfect for it.

The plant got its name because it is used in the art of Feng Shui and is figured to be an ideal example of the mix of water, and wood, and occasionally people tie it with a red ribbon, which is supposed to fire the chi in the room. In many parts of Asia, Lucky Bamboois refered to as “tree from heaven.” It is also seen as a symbol of luck because of it’s rapid growth, fortitude and strength.

Different numbers of stalks also have meaning: two for love, three for happiness, five for wealth, six for health, nince for general good luck, and twenyt-one for blessings. Four, on the other hand, are to be avoided, since the word for four is so close to the word for death in Chinese. 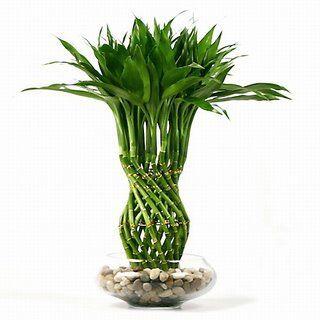 You can take cuttings from the plants to create new plants by cutting the stalks with a sharp knife just below a joint and place is fresh water. Commercially, they cut the canes just above the leave brachts, apply wax to one end and set the other in a growth hormone solution. The waxy end will eventually sprout leaves. Once the canes have been trained to a shape, they will keep that shape forever, as long as te plant is not deprived of water.

You can also pot these plants in a loose soil and sand mixture, but make sure the top of the soil dries out between watering to prevent root rot.