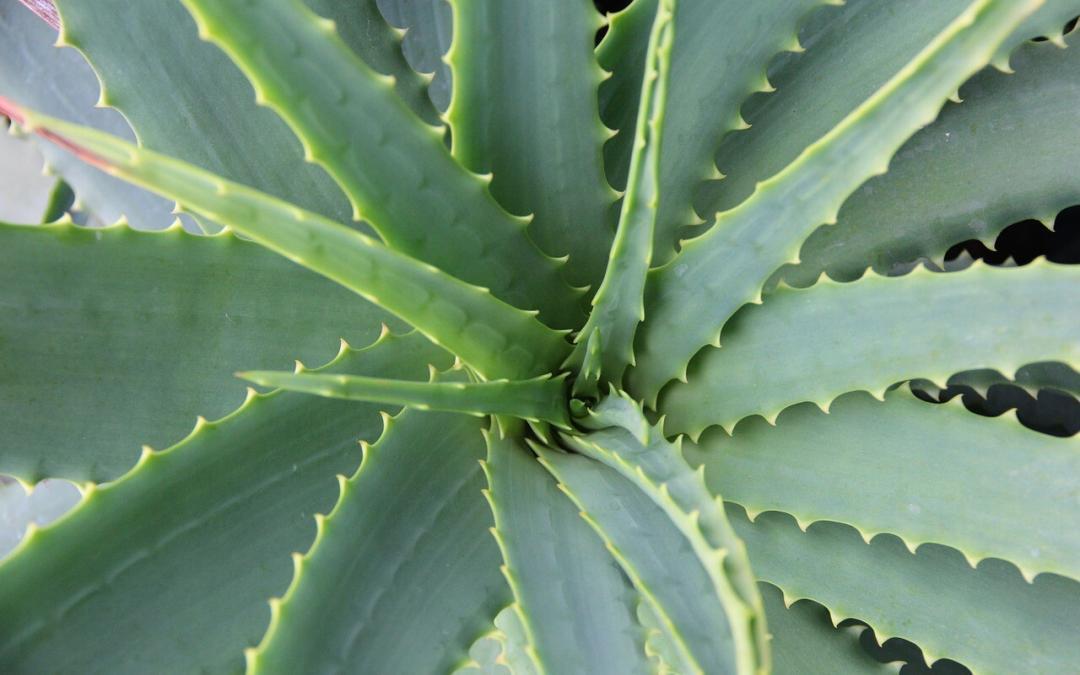 A little while ago Ali asked about growing aloe. Aloe is one of the more useful plants, used to sooth burns as well as itches from stings of either insects or plants such as poison ivy. The gel inside the leaves has also been used to treat rashes, as well as in some cosmetic applications. Some natural healing enthusiasts also claim using aloe internally can have medicinal benefits, though there are studies on both sides of the issue. According to Wikipedia, however, there is some preliminary evidence that extracts may have some positive influence on diabetes and may lower lipids in the blood, though that is still under study.

Despite the claims of many that aloe is nontoxic, ingesting excess amounts has been associated with diarrhea, hepatitus, kidney misfunction, and more. Internal use should be closely monitored. There have been some claims that it is antiseptic, speeds the healing of wounds, and many other problems, but most of these have been proven both true and false depending on the study. And while it has been shown to help reduce symptoms and inflammation in certain types of cancer, it has never been tested on humans, and some animals actually died as a result of injections.

There has been documentation about the use of aloe for centuries from many cultures–including mention in the Bible, but there is a significant lack of natural populations of the species. Because of this, it is thought that aloe vera is probably a hybrid. Most populations of this plant occuring throughout Africa, South America and the Orient are said to have been cultivated by humans, rather than nature. 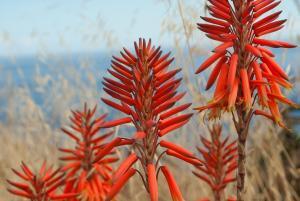 Image by jacqueline macou from Pixabay

Aloe is a semi-tropic succulent, which means it grows beautifully in zones 10 and 11 where there is no chance of frost, and is also ideal for areas that receive infrequent water, such as in xeriscaping. The plants range in size from a few inches tall to massive colonies of plants in some areas with individual plants reaching a couple of feet around. Most varieties have some medicinal value, but aloe vera is the most common variety in use. I’ve had one of these plants since shortly after marrying my husband.

A sun lover, aloe can tolerate light shade, but does best in a bright area. Pots can be placed out on a patio during the summer if you like, but in most of the country, the plants should come in before winter. Because the plants are succulents, and are made up of 95% water, they don’t handle frost. Since aloe has a shallow root system it is more important to give the plant room to stretch out, than a deep pot.

Pots should be lined with an inch or two of gravel or other course substance that will encourage good drainage. The plant’s system slows down in the winter, so it should be allowed to dry out completely between watering, with only a cup or two of water to dampen the soil. In the summer the soil should be watered until nearly soggy, then allowed to dry before being watered again.

Plants can be started from seed, as some varieties will bloom when mature, but most of the time it is propagated by offsets that grow around the base of mature plants. These offsets should be not be removed and repotted until they are at least a couple of inches tall. Plants should be started in a good potting soil with perlite or course sand mixed in, or in a cacti mix. Fertilizer should be applied only once a year at half strength, and it’s best to use the type for blooming plants.