I didn’t want to tell when I decided to incubate this time because my previous attempt was such a dud, but here’s what happened.

Well, I did succeed in hatching out one chick last week, so it is a success, even if I put 34 eggs in the incubator to start out with. I ordered a dozen cochins, six silkie eggs, and six mille fleur eggs. The cochins came from somewhere in the midwest (I can’t remember, I’d have to look it up) and she sent 15 eggs. The box looked like it had been drop kicked by postal employees en route, so I was pretty sure nothing would make it despite the fact that none of the eggs were a bit cracked. Surprisingly, that’s where my only chick came from. 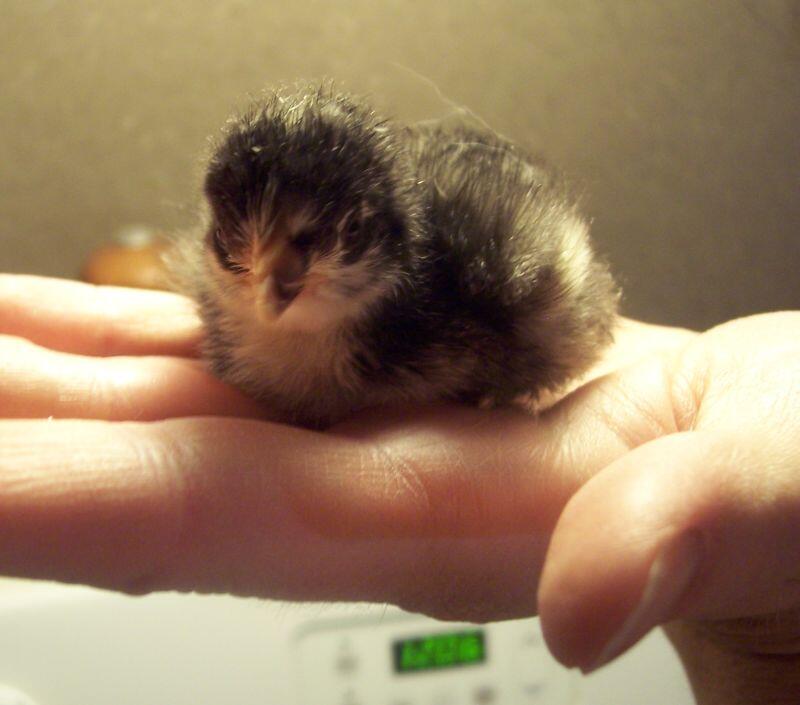 The silkies and mille fleurs came from northern California. She sent 9 of one and 10 of the other. The box looked perfect on the outside. Almost all of these eggs started developing, then stopped about ten days in. I’m not sure why, but this incubator has weird temperature spikes, and all I can figure is the temps got too high and killed most everything off.

I still had three eggs on day 1 when I candled, but I think one was already dead, and the other died around that time. We decided we need to order a new thermostat before I try a batch of valuable eggs again, because this one little baby ended up costing me a bundle!

On the other hand, because I put all those eggs in the ‘bator, we started building a new coop. So now I have a half finished coop and only one little baby, we had to order day-old chicks. =) Can’t wait until they arrive. I’ll definitely post pics because they’ll be adorable.

So my new baby is a cochin, we think he’ll be black, but he could turn out blue, since they were in the same pen at the lady’s house. This also came from a pen of frizzles (chickens with curled feathers) so I’m hoping he will be like that. We haven’t named him/her yet, but I figure we aren’t in any hurry.

I scrubbed and sanitized my incubator this weekend and raided my Muscovy duck nest for eggs–when she sat on them last time, she only hung around about 3 weeks, then decided she was done, and Muscovies take 5 weeks to incubate, so I figured I had nothing to lose.