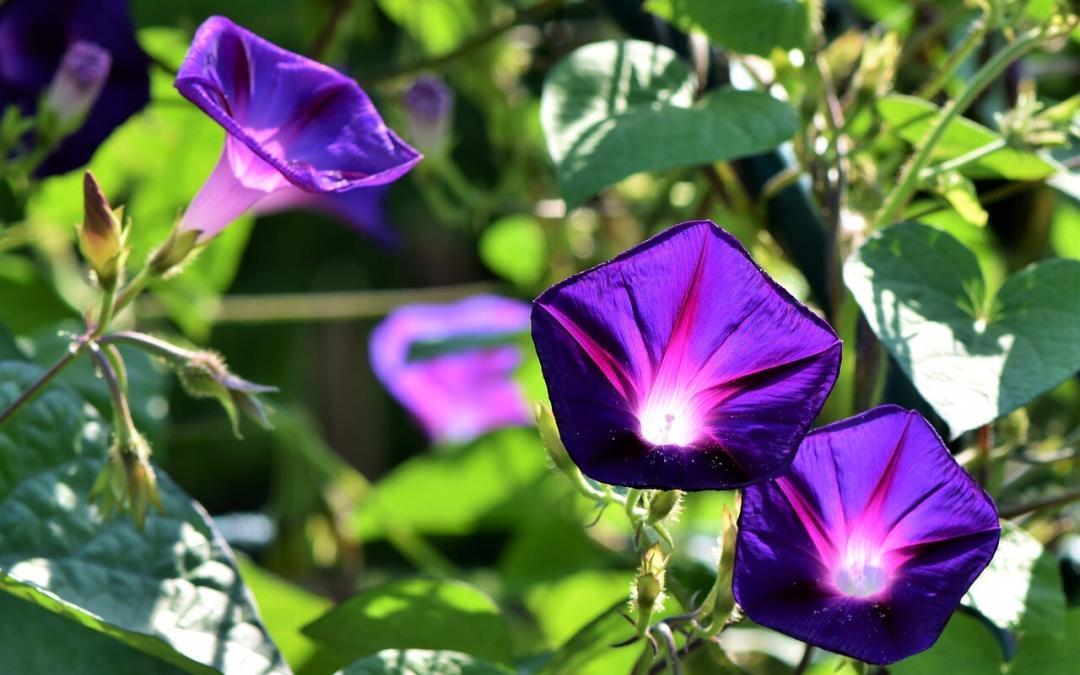 Winter may be getting close for many of us, but for others the cool season may just now be appearing, or maybe the winter is coming to an end. When my sister lived in Sonora Mexico, she couldn’t even think about planting tomatoes until October because it was simply too hot to keep a plant alive during the summer months.

For those of you just moving into your growing season, and those planning ahead for next year, it doesn’t hurt to take a look at options available in your landscaping.

Last summer I had a garden arch over one of my walkways, but the weight of the morning glory vines, combines with the, um, cheap arch I installed in the first place meant that when we got a good heavy wind, it broke down at the bottom where it stuck in the ground.

I figured I had a fun summer of flowers and I would replace the arch with a better one eventually. I didn’t stop to think about all of the volunteer morning glory plants I would get this spring–note I am talking about the annual flowers that put out large colorful blooms, and not field bind weed, also commonly referred to as morning glory, but which is a perennial that can’t be gotten rid of with serious diligence and plenty of herbicides.

When the plants began to pop up, I had the decision of whether I was going to find a way to train them, pull them up or leave them in place. I decided on the last of the three choices. I had flowers in the area of the garden where the volunteers popped up, but there were still empty spots, and some of them came up in the new bed I built with my flowering cherry. I did remove the plants in the walkways, and thinned out anything that threatened the plants I had intentionally put there, but what resulted was a vine that covered the bare ground, chocking back other weeds without doing real damage to my good plants. It also twined up my tree, adding color to an area of the yard that is still struggling to get established. 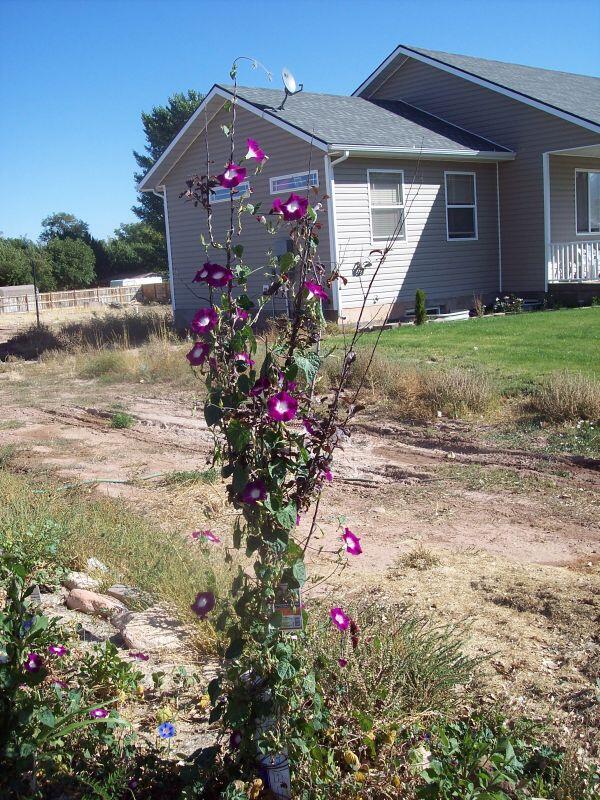 This worked in my cottage garden beds, and it might work in other areas that you hadn’t thought of. I’ve heard of people making fishing line trellises to train the morning glory or similar vines up to shade a side of the house that got too much hot sun, to add a privacy screen to a sitting area in the yard or just to add color to an otherwise blank area in the yard. Though they aren’t as invasive as their cousin, the weed, morning glory is very hardy, dealing well with inconsistent water, and other less-than-ideal circumstances.