Salvia officinalis, also known as common garden sage, is one of the standard herbs I always keep in my cupboard, and better yet, in my garden beds. It is a woody, low-growing shrub that is evergreen in most areas. It prefers a light, sandy soil that is alkalai. It doesn’t like to be very wet, and tolerates drought conditions once it’s well established. It likes to be trimmed back in the late spring to keep it compact, and the plants need to be replaced every four years or so. 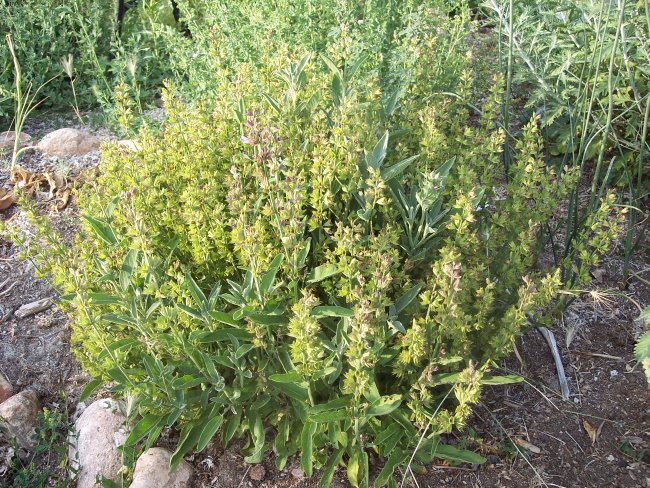 Sage can be started from seed or from cuttings, but doesn’t do well in really cold winters it’s first year, so if you are going to use cuttings, start them in May or take them indoors the first winter.

This plant loves sunny areas, but will do well in dappled shade as well. It comes in green and purple leaved varieties and is used in many dishes. The leaves can be used fresh, boiled, pickled or on sandwiches. The flowers can be used raw or cooked and make a nice addition to green salads in small quantities. It is often used in combination with other herbs in chicken, lamb, and pork recipes. Commercial companies also use sage in ice cream, sweets and baked goods. 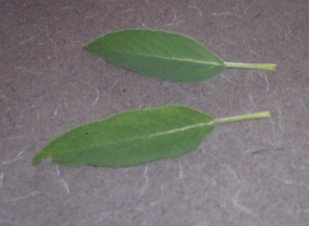 Though this great herb is primarily used in cooking, it can be used in many other ways. The leaves can be rubbed against the teeth in lieu of a toothbrush— and they have antiseptic qualities, which can help fight gum diseases. It can be used to cure digestive problems, tooth aches, and mouth sores. It is also taken internally to fight excessive perspiration, anxiety, depression, female sterility and other problems. However, it shouldn’t be taken as a supplement by pregnant women or those with epilepsy, and as always, too much of a good thing can be toxic—though it takes a rather large dose to cause those kinds of problems.

There are many other uses for the herb, including as an insect deterrent and in shampoos and perfumes. And if those aren’t enough for you, the plant is a beautiful, fragrant addition to your garden even without it’s other uses.