I’ve been trying to incubate eggs for a few months now, and I posted a blog about it here. My incubator has two heavy plastic windows in the top, and I flipped it over when I pulled it off to turn my goose eggs and one of the windows popped out. unfortunately, I didn’t find it until the next morning, and all of the babies died.

A few days later I put another bunch of eggs into the incubator and marked my calendar. I candled the eggs several times over the next few weeks. Though they showed early signs of growth, none of them hatched. *sigh* 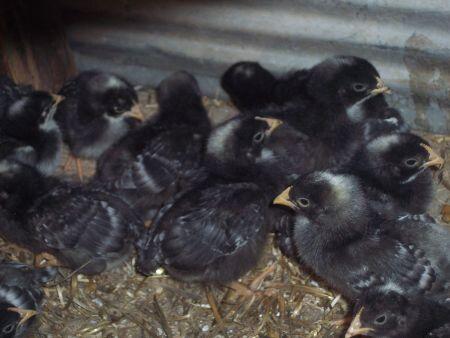 Finally, last weekend, I contacted a man who had chicks for sale and bought some. I guess I’ll have to decide if it’s worth trying to use my incubator again or not. Anyway, I took some pictures of my new babies. They are Plymouth Barred Rocks and will be black and white stripped when they are full grown. When I took this picture they were nearly three weeks old. 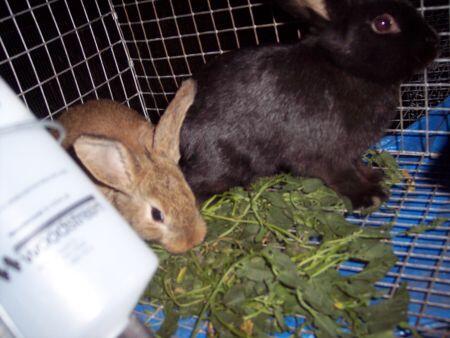 We also added rabbits to our menagerie this spring. The black one is female and she’s about four months old now. The brown one we added yesterday, and he’s about three months old. I can house them together for now since it’ll be a few more months before he’s ready to start mating. My nieces are working on names for the pair. Aren’t they adorable?