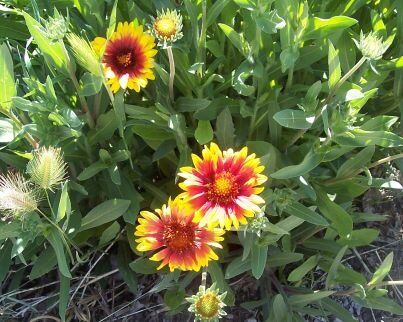 Just the word Xeriscaping brings visions of rocks and cactus to most people’s heads. They think of those poor desert dwellers whose city ordinances prevent them from growing ten square feet of grass and shudder, grateful it isn’t them. Wikipedia says the word “refers to landscaping in ways that do not require supplemental irrigation.” And that “Plants whose natural requirements are appropriate to the local climate are emphasized, and care is taken to avoid losing water to evaporation and run-off.” The Greek translation for this term is ‘dry landscaping.’

On the other hand, a lot of people have begun to see Xeriscaping as more than just cacti, and dry desert. Water-wise landscaping is coming into vogue in many areas of the world as periods of drought spread in these last days. I won’t discuss floods here because there’s nothing much you can do in your landscaping to prevent damage from two-feet of water flowing through your yard. The following are some of the great low-water plants I’m growing. Many water-wise gardeners plan sections of their landscaping so plants with similar water needs are grouped together.

The above picture is of GAILLARDIA, also known as Blanket Flower—this past spring I saw some creative mail-order nursery refer to it as Fiesta Daisy. No matter the name, it comes primarily in yellows and reds, some are all yellow or all red. It is available in variations with double the petals, and specialized petal shapes.

This plant is big and bushy, starts well from seed, and resows itself generously (either keep on top of seedlings in early spring, or dig them up and transplant elsewhere). It does great in direct sunlight, makes a nice cut flower—staying bright in the vase for nearly a week—blooms for most of the summer, and only needs to be watered once a month after it has been established. 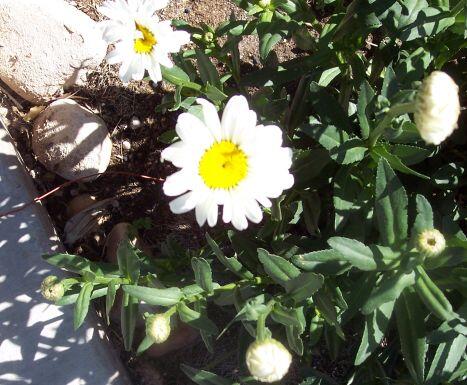 The SHASTA DAISY is another of my favorites. I winter sowed a number of plants along with my Blanket Flower a year ago and though I didn’t get many flowers last spring, the plants are doing great this year—they also multiply readily, but they don’t seem terribly invasive. It grows in zone 4 to 10, blooms from mid summer to mid fall, and again, only needs to be watered once or maybe twice a month once established. I say once established, because the first season you have any plant in the ground, you need to be more careful with watering while it sends its roots deep enough. 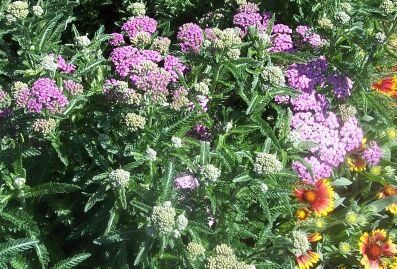 I used to think YARROW was a fall-blooming plant, but it has already started putting out flowers and will continue to do so until the fall cold sets in.

Yarrow is another plant that spreads readily, though it can be a little invasive, so give it room and cut it back as needed. If you have a large empty space, however, a couple of cuttings are bound to fill it up in a few years and give you lovely color all summer. It comes in a whole range of colors—this one blooms pink, then fades to white before the petals fall off. It also only needs watering one a month or so. To top it off, yarrow is an herb that has been used to combat colds for centuries. I haven’t used it myself, but it might be worth looking into if you lean that direction. 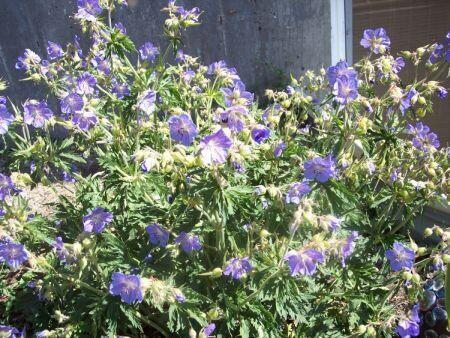 Then there’s my favorite kind of GERANIUM—no this isn’t the annual that so many people pot up each summer—this is the true geranium, which is also called CRANESBILL, a plant I’ve seen in flower catalogs, though I bought mine locally. It is native to my area, and needs watering only a couple of times a month. I have mine in a south-facing flower bed right by the house, so I water more frequently as the light and heat reflecting off the building tend to dry out the bed faster. It often begins to wilt in the afternoon on really hot days, because its roots can’t pump enough water to keep the leaves going, but it is really hardy and recovers easily by the next day.

There are dozens of other plants that require little water and will do well in your area. Do a search online for water-wise plants and the area you live in (state or province) and you are bound to come up with sites that tell you about plants that will thrive in your yard with less water. I also love the site Davesgarden.com. There is a plant file search that members have contributed to with pictures and descriptions of thousands of cultivars. There’s information about size, water needs, light (or shade) requirements, bloom times, how invasive it is or easy to propagate, and much more. Many of the tools on this site are free, so take a look if you’re considering a plant.