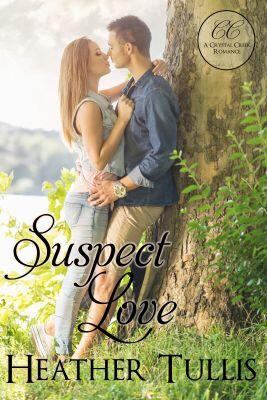 When Titus takes over as manager of Midwest Blood Services, he immediately notices Regan, and she notices him right back—until she realizes he took the job for which she had been vying. If that’s not bad enough, he’s there to find out who has been skimming from the register and she’s one of the suspects. Is it possible to fall in love with someone you’re not sure you can trust?

Vampires were supposed to have cold hands, right? So it shouldn’t have been a surprise that Regan’s were almost always cold in the plasma donation center. Sometimes, as she walked through the steps of preparing a patient, she wished she would be allowed to wear gloves—at least fingerless ones to stay warm. Alas, corporate frowned on anything that might potentially contaminate the plasma donations.

Regan finished taping down a young woman’s tubing and started the machine. She watched it for a moment to make sure that everything was running properly and pulled a blanket up over the client. The building they were in was mostly one big, open room, so in an effort to protect the plasma, the company kept the room just a hair colder than was comfortable for all but the most hot-blooded.

She tossed her nitrile gloves in a nearby garbage can and rubbed her hands together to warm them for a moment before preparing the tubing for the next donor.

The front door opened and Regan looked up—just as she had been doing every few minutes since she arrived seven hours earlier. Any time now, Brian from corporate was supposed to be there to announce who he had chosen to take over as the lab manager. They were about to close for the night, so it wasn’t like he had time to spare. Regan wished he would just arrive already and put her out of her misery. He had to choose her, didn’t he? She had been here longer than most, had an associate degree in business management—which was more managerial than anyone else in the office—and she knew this place inside and out. Then there was the fact that she had been running the place competently since Joe, the previous manager, left six weeks ago.

Seeing that the newcomer was a regular client, however good looking, she turned back to what she was doing.

Regan was just starting to remove the tubing from her current donor when Brian finally walked in. On his heels was the most gorgeous dark-haired hunk to ever cross the threshold of Midwest Blood Services. It was all Regan could do to keep her tongue from lolling.

Seriously, how did anyone with hair that dark have eyes that blue? The fact that she could tell the color from across the room only emphasized their color.

The hunk looked over and met her gaze, and she could have sworn that a lightning bolt crossed the room. Time stopped—or at least her hands did, because a moment later, she was drawn from his gaze by the young woman’s voice.

Regan blinked and refocused her attention on the needles she had been about to withdraw. “Sorry, I just . . . sorry. Got distracted.” And boy-howdy, did she want to be distracted again. She forced herself to focus on cleaning everything up and giving final instructions to the young woman on the donation bed before letting her go to get paid at the window up front.

It took only another minute to finish preparing the bottle of plasma. She then carried it to the payment office to be double-checked and stored.

Tim was paying another donor when she entered. He glanced over and grinned. “Did you get a load of the guy Brian brought in, in a three-piece suit, no less? Brian must be training him or something to bring him around for the announcement.”

“Yeah, I guess.” She hoped he was hanging around for the announcement so she could find out who he was and maybe have a chance to talk to him.

Since the waiting area was now empty, Regan returned to her station, wiped everything down for the night, and restocked for the next morning. When word passed her way that there was a quick employee meeting right after work—hallelujah—she detoured into the bathroom to check her hair and makeup first.

The last of the donors were standing in line for payment by the time Regan came out of the bathroom, satisfied that at least she didn’t look bad, even if it wasn’t exactly her best.

Brian and his companion were starting to collect a crowd of employees in the back near the main office. Regan joined them, sliding into the closest spot to Brian that she could manage.

After a few more minutes of talking to a couple of the guys about the Royals’ game the previous night, Brian called the meeting to order.

“Thanks to everyone who stayed behind. I know you didn’t exactly have a lot of notice and are probably anxious to get out the door, so I’ll keep this brief. As you all know, we’ve been looking for a new manager to take over since Joe moved to Colorado. We considered our options very carefully before making a choice. I’d like to introduce your new manager.”

What the heck? Regan realized he was gesturing to the man he had brought with him, and she felt her face flush—she’d been so sure Brian had been about to say her name. Why did he bring in someone from out of the office anyway? Was she that bad an option? She had been running all of the reports for the past six weeks; it wasn’t like she didn’t already know the job.

“I’ll walk Titus through the daily reports tonight, and he’ll start full time in the morning. I hope you’ll all give him your full cooperation and support.”

Titus smiled, which made half the women in the crowd look like they were about to swoon. “I look forward to getting to know you all better and learning more about what you do here,” he said.

While Regan normally would have joined the other females in the swoon, his words caught her attention. Learn what they did there? Seriously? He had never worked at a plasma center before?

Though she managed to force a smile, she felt like she’d been kicked in the gut. Not only had Brian brought someone from off site to take over the job she had been doing quite competently for the past six weeks, but he didn’t even know the business.

Brian had to be crazy if he thought she was going to be okay with this. Suddenly Titus wasn’t nearly as handsome as he had seemed at first.