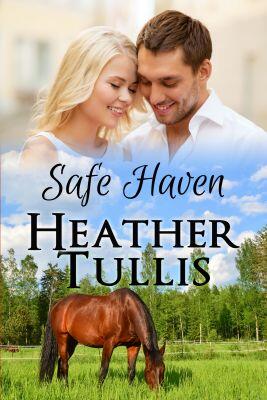 When the US Marshal’s office sends the newly married Bo and Tosca Carver into hiding in a little Montana town, they settle in for a safe, quiet life while they prepare for the court case against Tosca's former boyfriend. But Charles wants her dead before she can testify, and he's once again found her safe haven.

Thanks to an old army buddy, Bo thinks he's found a new place to lie low, but can they really hide from the man who has already been able to track her down twice? 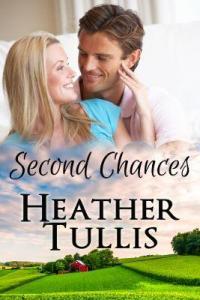 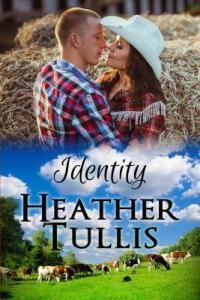 A bomb burst nearby, churning dust into the air and Bo turned, hearing the rat-a-tat-tat of a machine gun on his left. He lifted the sniper rifle to his shoulder and sited down it to the group of people below. He could smell the dust and fear of Afghanistan, feel the pressure on his lungs as he searched the scope for his target, the tension rising with the screams around him. As he found the general, he smiled, adjusted to compensate for the breeze and distance, and pulled the trigger.

When the general was hit by the bullet a couple of seconds later, he twisted and suddenly turned into Tosca. She landed flat on her back, eyes rolling back in her head as blood poured from several locations despite the fact that she had been hit by a single bullet.

Bo popped into a sitting position in bed and blinked in the darkness, his breathing heavy, his heart racing, and blood pounding. His hands were clenched and aching.

He blinked a few times, still hearing the screaming in his head, the dread and terror of having shot her. He turned and pulled her into his arms, needing the reassurance of her touch, the smell of her skin, the sound of her voice in his ear.

Tosca happily obliged, holding him as well and speaking soothing words in her sweet Southern drawl while he came back down to earth again. A part of him felt weak and foolish for needing her reassurance, but the other part of him was just glad to have her there.

“Feeling better?” she asked after several minutes had passed. “You were yelling just before you woke up. It must have been bad.”

He had incorporated her into his combat dreams before, but he had never been the one to hurt her until now. Bo knew it wasn’t real, that it was some twisted manifestation of his worry, but he couldn’t help it.

“It wasn’t a picnic. Sorry for waking you. I know you have work today.” He pulled back, pressing her strawberry blond hair back from her face. It was short, almost a pixie cut, and in need of coloring again soon. “I seem to be making a habit of waking you up at night.”

“Don’t worry about it. I’m happy to wake up for you anytime.” She reached over and turned on the bedside lamp. The light created odd shadows on her face, but clearly illuminated her worried expression. “You’re having more trouble sleeping than you used to, aren’t you?”

That depended on how you looked at it. Yes, it was worse than when they were first married and moved to Montana under their pseudonyms, but not more than when he first returned to Colorado from serving in Afghanistan.

“I’ve had worse. It’ll be okay, I just need to work on some of those techniques the therapist taught me back home.” He didn’t mention that he was practicing them sometimes when he got time alone. They didn’t seem to be helping.

Bo kissed Tosca gently, then glanced at the clock. It was nearly four, and he had to be out and ready to start milking at five anyway.

“I might as well get moving. You try to get some sleep. You’ve got a few hours before you need to get up.”

“You’re sure?” She touched his cheek, her soft, small hands caressing his skin.

“Of course, honey. I’ll see you when you get off work. I love you.” He made a point of using an endearment rather than the new name the feds had given her. He still thought of her as Tosca and probably always would, but he lived in fear of using the wrong name in front of the wrong person.

“Love you too.” She lay back in bed and reached over to turn off the lamp.

Bo, now known as Adam Beckstead, slid out of bed and took his cell phone off the charger. He was no stranger to sleepless nights.

They had been in Summerville, Montana since leaving Colorado in late July. It was now mid October and the court case for Charles was coming up the following month. As the date for the case approached, Bo found himself growing more and more anxious, concerned about his wife’s safety and the experience she would have when she got on the witness stand and had to testify about seeing the murder.

He stepped into the little cottage’s bathroom and turned the water on hot, then stripped from the T-shirt and pajamas he’d worn to bed the previous night. Margot/Tosca/Sarah—Bo’s wife in all of her various names—had been put into witness protection nearly a year earlier when she saw her boyfriend, Charles, kill a man, and learned he was involved in organized crime. She had moved to Bo’s hometown of Juniper Ridge soon after. They met and fell in love there—and Charles found her. She and Bo had moved again, marrying and taking on new identities—that of Adam and Sarah Beckstead, who had been married three years and hailed from Arizona and Alabama.

As Bo climbed under the water, letting it run over his head and down his back, he tried not to think about everything he left behind in Colorado. He didn’t regret choosing to marry Tosca and move away with her, regardless of her changed name and background, even if he deeply missed his own family and the farm on which he’d grown up.

The nightmares weren’t helping at all. If they could just get through the court case and return to Montana unscathed, he knew things would settle down and the rampant PTSD he was dealing with would get better. It certainly couldn’t get much worse. He finished his shower and got dressed for the day. The milking would wait for no man.

Tosca lay in bed, listening to the water run in the next room. Bo never talked about his nightmares, or what he saw in them. She thought they had worked through the worst of his issues before they move to Montana, but the past few weeks proved otherwise. The occasional nightmare had turned into nearly one per night. He was growing more withdrawn and holding back pieces of himself from her, even when she prodded him to share.

He was as sweet and helpful around their tiny little cottage as ever, but there was a piece of him that used to be in their relationship that he was holding back now.

She turned over in bed and wiped at the tear on her cheek. Had she done this to him? Had following her to this new place damaged him in ways they hadn’t been able to anticipate? Did he regret the decision?

She didn’t know, and she didn’t dare ask. If he said yes, would she be able to handle it?

At first the move had seemed fine. They were so in love, so happy, and they liked their jobs, the new town, and the people they met. But she couldn’t help her growing worry as the court date approached, and his worsening nightmares weren’t helping her stress level.

She hoped and prayed that things would calm down when Charles was in prison once and for all. Even though they wouldn’t be able to come out of hiding and resume their old lives, at least the pressure would be released.

The water turned off and she closed her eyes. She didn’t want him to know she was still awake or he would worry. And he didn’t need one more thing to worry about.

She put her hand over her stomach. It had been well over a month since she’d had her cycle. Was it stress or was she pregnant? She didn’t know, and didn’t have the courage to find out—not yet. If she was, what would Bo think? Would he feel even more trapped than he already seemed to feel? Or would he be excited? They’d talked about kids, hoped to start a family, but hadn’t intended to do so quite yet. Was it too soon?

She thought of the new life that could be growing in her womb and hoped everything would work out, somehow.

TO read more, purchase a copy from your favorite retailer.