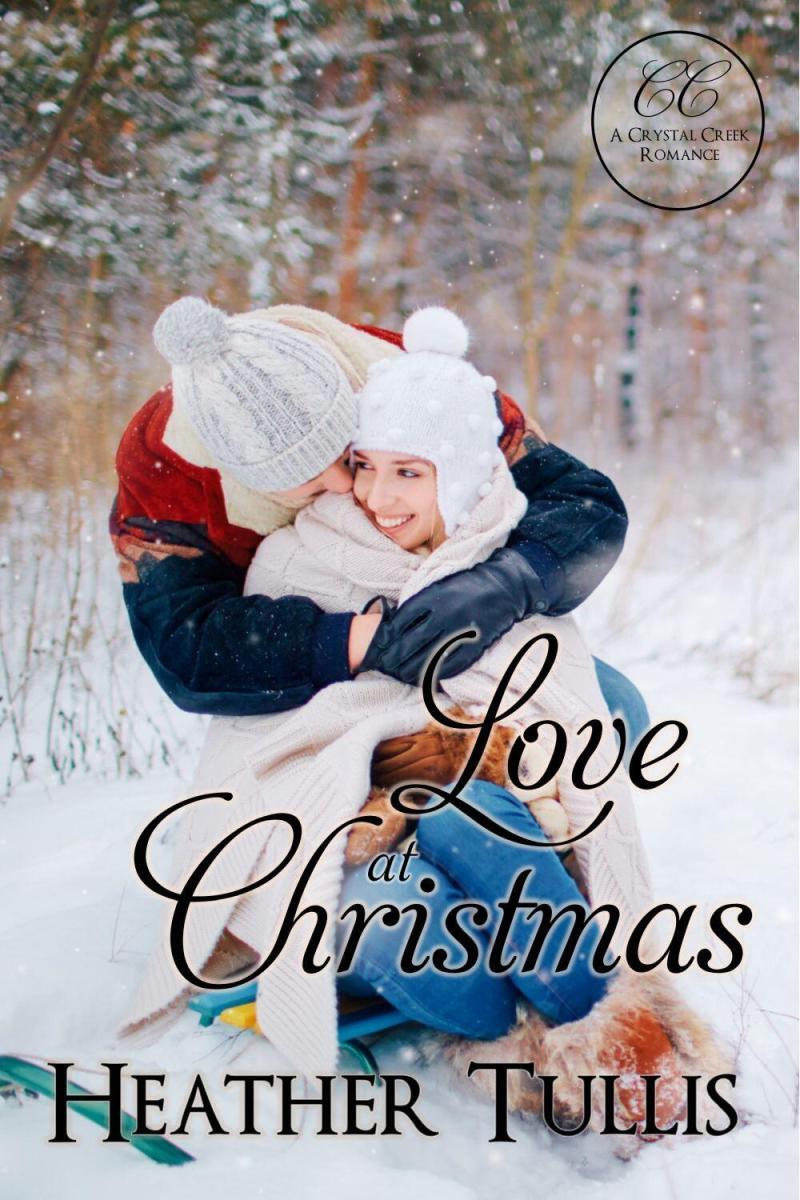 Christmas is in the air.

Pulling Garrett Johansson over isn't the most auspicious beginning to a relationship for Officer Lisa Weight, but at least she didn't have to give him a ticket. Not that she's looking for a guy—even if her mom says she should be.

Garrett is glad to visit his sister, Sheila, during the Christmas season, but he hadn't counted on a major snow storm as soon as he landed in Kansas City. When his sister introduces the cop who pulled him over as a friend of hers, he puts their less-than-stellar beginnings in the past and gives her a chance. The more he gets to know her, the better he likes her. If only he didn't live 1600 miles away in California.

With everything trying to keep them apart, can they still have a Merry Christmas?

Sleet fell, turning the roads into a misery and the police radio buzzed with license plate information. Officer Lisa Weight still had four hours on the job before she could go home and put her feet up with a good book, a cup of hot cocoa, and Christmas music running in the background.

"Be on the lookout for a blue Corolla, Texas plates. Hispanic male wanted in a convenience store robbery in Olathe this morning. May be armed."

"Great." At least there was not much chance he would end up in Crystal Creek.

Traffic was slow—most people were staying indoors rather than testing the icy roads, so she had a few minutes to finish a report for a stop she had made that morning.

Her phone rang and she glanced at the readout. Mom. Lisa debated for only a few seconds before answering it. Tereza Weight would just call back every hour or two until she reached her youngest daughter.

"I'm fine. I was worried about you working in this horrible weather. Do you go in tonight?"

"I'm already on the job, so I'll be off by the time it gets dark." Or close enough. "Did you get your tree up yet?"

"Your papa finally got it last night so we're decorating tonight with cookies and coffee. Come over after work."

"We'll see what the roads look like." Her parents lived on the edge of Kansas City, so their house was less than twenty minutes from her apartment in the small town of Crystal Creek, but in this weather, it would be a nightmare drive.

"True. How about your tree?"

"I haven't had time, but I'll get to the tree lot in the next few days." Figuring out how to get it back home in her sedan was another issue. On the other hand, that's why there were so many images of trees tied to the roofs of cars, right? It would be easier to borrow a truck from one of the other officers.

The music switched to a boys choir singing along to Pachebel's Canon in D and her mother shifted gears.

"Do you have a date for the Christmas party yet?"

"Not yet." And it’s not likely to happen. Men tended to be put off by the fact that she carried a gun. Even when they thought it would be fine, if they saw her in action, they often changed their minds.

"You must bring someone this year. You're twenty-eight. When are you going to settle down?"

Though Tereza had been born in the United States, sometimes Lisa could swear she channeled her Italian parents and their attitudes a little too much. "I'll try to find a date."

"Don't try. Do. Everyone brings dates or family to my party. We just want you to be happy."

"I am happy. I have a good life, a job I love, and I'm close enough to enjoy your parties." Tereza's Christmas party was always a major affair with family and friends running rampant. Even Lisa's siblings who lived out of the area moved heaven and earth to get to the Christmas party.

A blue Corolla passed by Lisa's car and she caught an outline of Texas on the rear license plate. She flipped on her light bar. "Crap. I have to go, Mama. Duty calls. Talk to you soon."

Lisa pulled into traffic and got in behind the Corolla within a block, radioing in for backup. She tapped her siren to get the driver's attention and the car pulled to the right. She ran the plates; they came back to a car rental company.

As she approached the driver's door, Lisa tucked her neck into her jacket more to ward off the icy air blowing down her collar, and watched for any suspicious movement from the driver.

He had his hands on the steering wheel and rolled down the window when she reached him.

"Can I help you, officer?" The man had dark hair and eyes, olive skin, and a charming smile. He could be Hispanic, but she wouldn't have pegged him as such at first glance.

"Could I see your license and registration?"

He passed over his license and a rental agreement from the airport car rental. "Was I doing something wrong? I didn't think I was speeding."

She didn't answer, glancing over the paperwork and noticed his name—Garrett Johansson. "When did you pick up your car, Mr. Johansson?"

His dark eyebrows lowered over his eyes, marring what was otherwise a very good-looking face. "Less than an hour ago. I just flew in from California. Was I speeding?"

"Which flight were you on?"

Garrett shifted from confused to annoyed. "LA to Kansas City. Do you want to see my flight information?"

"If you have it handy." She was thinking she had the wrong guy.

He huffed and opened the app on his phone, showing her the flight he had come in on.

"Thanks. Sorry for bothering you. We're looking for someone in a car like this with Texas plates, but you're clear." She returned his phone and papers. "Enjoy your stay."

"Thanks." He rolled up the window, irritation lining his voice and face as Officer Belliston pulled his cruiser in behind Lisa's.

Lisa stopped at Ben's window to tell him thanks and then returned to her cruiser and reported that she was clear. She brushed the sleet off her jacket and turned on her lights again when dispatch requested assistance a few blocks away.

To keep reading, buy it now!