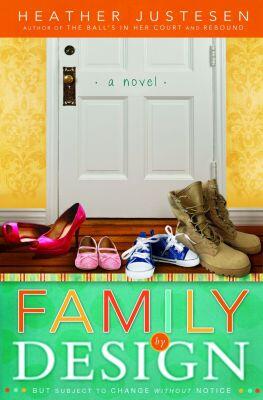 Tucker's on his way to the biggest challenge of his career. Rena's already got it all---except a family of her own. But neither expected their friendship would take a turn like this. Now Tucker's got a proposal that will change everything. Saying yes would mean sacrificing all Rena's romantic notions, but it might be worth it to finally have a family that will last eternally. 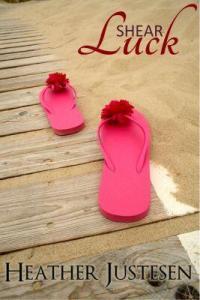 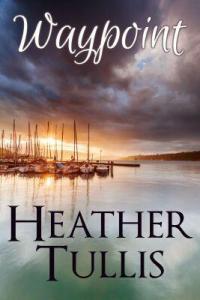 Rena sighed as she shut the door behind her and locked it. She glanced out the window as her date walked back to his car. It had been a lovely evening, good food, nice conversation. The trip to the museum was pleasant, the drive was pleasant, and the goodnight kiss was, well, pleasant.

She flicked the curtains shut, then flipped off the news broadcast that spoke of rising tensions in the Middle East—that subject was anything but pleasant. Rena turned back to see her roommate walk in from the kitchen. As always, Chelsea’s sleek red hair and sparse makeup were perfect, her manicure fresh and flawless despite the long hours she spent cutting other people’s hair. It was maddening sometimes to live with someone who never looked mussed. Wasn’t there some kind of law against that?

“Back already, huh? How was the museum?” Chelsea asked as she dropped onto the sofa.

“It was nice.” Rena slid out of her light evening jacket and hung it over her purse on the hook next to the door, kicked off the pumps that had been killing her feet for the past hour. What had she been thinking when she’d chosen them? “What do you think of Greg?”

There was a small quirk of Chelsea’s eyebrow before she shot Rena a sideways look. “He seems nice.”

Rena crossed the room and slumped beside Chelsea. “I thought so.” She sighed, then rested her head back and looked at the ceiling. “We talked shop all evening, it was . . .fine.” She thought of the conversation. It had been interesting, even if it didn’t thrill her. “I’m thinking of letting things get serious with him.”

Chelsea laughed. “With sweet, dependable Greg? Whatever for?”

After a short pause to consider the reasons, Rena answered as matter of factly as possible. “He likes me a lot. He’s got a good job, and is active in the church. As you said, he’s sweet and dependable, we always have plenty to talk about, and he’s . . . pleasant.” Somehow she couldn’t make that last quality seem as positive as it should have. It sounded good when she listed his attributes all together like that, ideal even, but she couldn’t bring herself to get tingly over the man.

“You’ve been dating for two months and the best you can say about him is that he’s dependable and pleasant? Don’t you want more than that in a relationship, a husband?” Chelsea continued on without pausing for an answer. “Of course you do. He obviously doesn’t put any fire in your veins if you can consider it all so calmly.”

Rena rolled her eyes and began pulling the pins that kept her normally wild curls in a bun. It was pinned so tight a headache had been developing for the past hour. “Fire in my veins—you’ve read a few too many romance novels. Need I remind you, I’m thirty-two. I want to have children some day—before I hit menopause would be nice.” Though the wish was a dear one, the thought of settling down with Greg was far from exciting.

“The key word here is husband,” she continued. “No husband—no kids, no family.  I mean, I love decorating, but I can’t fill the next four decades of my evenings helping Tucker with his renovation projects.” She paused for a moment and considered what she’d just said. Actually, the thought didn’t seem all that bad. She wanted to have kids. A lot. But as long as Tucker stayed single too, she’d have her best friend to hang out with. It could be worse. She sighed as her hair fell and she ran her fingers through the mahogany-colored locks that stretched below her shoulders.

“That doesn’t mean you have to settle for someone who only reaches pleasant on your relationship barometer. You’re pretty and interesting. Your super-model thinness and height don’t seem to hurt your date options.”

“Blah, blah, blah,” Rena brought her fingers and thumb together like her hand was talking, a sign they both used to signal the subject was closed. She knew Chelsea was well aware Rena wished she didn’t have such an overactive metabolism. And the guys who hit on her because they liked her shape were rarely her idea of dating material.

Chelsea was right about one thing, though. Rena didn’t feel so much as a tingle for Greg—even her feelings for Tucker were more interesting, and her relationship with him was almost as platonic as you could get. Almost. She sighed, then tamped down a smirk. “It wouldn’t be particularly fair. No husband should be left wondering why his wife liked her best friend better than him, and I think Greg’s already jealous.”

Chelsea laughed. “I can’t blame him. I swear Tucker’s perfect.”

“Tucker Shane is not perfect.” Rena stood and walked into the kitchen to get a drink of water. “Sure, he’s gorgeous, loves children and is genuinely friendly to everyone. He’s a successful business man with a sharp mind and great sense of humor. He teaches Sunday School and speaks three languages.” That list only proved Chelsea’s point, so Rena continued, “But he’s also stubborn and practically paranoid about security. And we’re only good friends.” Noticing the dishes piled on the counter, she flipped on the hot water and closed the sink drain. It was her turn, after all. She wished they had a dishwasher.

“And all those muscles from his years in the marines and the buckets of money he makes in his firm only make him less attractive,” Chelsea added. Her voice filled with suppressed laughter. “It’s completely obvious why he hasn’t been able to convince some sweet young thing to marry him.”

“Who wants muscles and money, anyway?” Rena felt her lips twitch again, but mostly managed to keep the smile at bay. She reached for a bottle of water in the fridge. “So, since Greg’s obviously not The One—heck. I don’t believe in The One anymore. I’d settle gladly for The One Who is Much More Than Pleasant.”

“But still second best to Tucker.” Chelsea fished the drying rack from a bottom cupboard.

“The man doesn’t have to beat Tucker. Who could?” Rena looked at Chelsea, who nodded in agreement. “But it would be nice if he could come in a semi-close tie—and if the guy could get a little more sizzle into his kisses than Greg manages, I wouldn’t complain.” Greg had left a perfectly respectful peck on her lips at the door that night as he had on most of their dates. She’d had hopes for much more in the tingle department when they started seeing each other, but the thrill of the new relationship had worn thin all-too quickly. It wasn’t that they didn’t get along, he was interesting enough and they never ran out of things to discuss—he worked in interior design too, though for a different company.

Rena snorted a laugh, cutting her roommate off. “If we haven’t fallen wildly, madly, passionately in love in ten years, I seriously doubt it’s going to happen. I’ll just have to find someone else.” A small, familiar ache grew in her chest and she pushed it away. She wondered. If the two of them had met recently instead of a decade earlier, would something more have developed? It was a question she’d never be able to answer. She couldn’t imagine the past ten years without Tucker in her life, anyway. She wouldn’t be the same person.

“You’ve dated, and you turn down dates all the time.” Chelsea opened the fridge and began pulling out containers of leftovers, most of which were well past their prime. She dumped the contents in the trash, then loaded up the sink with the dishes.

Rena grimaced. Chelsea always seemed to get out of washing the nasty containers. She allowed the younger woman to continue, though. At least the fridge would be cleaned out. “Yeah. I’ve dated.” The prospect of more dating, more meeting strange men and finding they were odd or socially challenged or . . . pleasant was more than she could bear. “Maybe I should try becoming a nun.”

“I don’t think there are many successful interior designers who live in nunneries. Besides, there are no Mormon nuns.”

“Right. My mistake.” She rolled her eyes and plunged her hands into the frothy suds. “Maybe I’m being ridiculous, but I keep thinking something is around the corner, some change. If I hold on long enough, maybe I’ll finally meet that guy who can make my pulse jump.”

Silence stretched between them for a long moment. Finally, Chelsea broke it. “If worse came to worst you could always cut your hair. That would be a change at any rate. I saw the cutest style in a new magazine. It would be perfect on you!”

Rena looked at her roommate and burst into laughter at the change in subject. “Do you think mine needs a trim? I’ve been thinking of getting a weave.”

Her cell phone rang and she smiled when she recognized Tucker’s ring tone. Her smile didn’t last long.