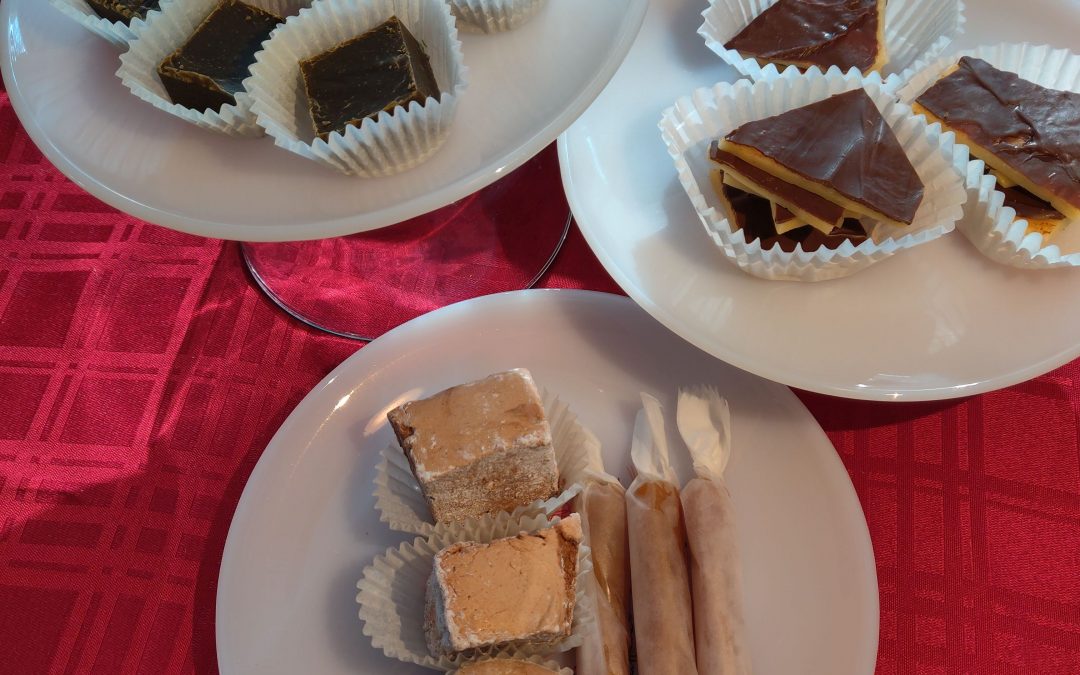 I love Christmastime and all of the delicious Christmas treats. When I was growing up my mom spent several evenings making scads of treats to give away to friends and neighbors. Though I don’t live in such a close-knit neighborhood and many of my friends are too far away to run out treats to everyone, I use every excuse I can find to cook and bake treats during the holidays. This year it was Christmas gifts for my husband’s coworkers. The women get a pampering gift every year including some homemade soap, and this year I included bubble bath, but I also include one or two pieces of the candy that I’ve made for the men’s gifts.

Since these four treats were so easy and delicious, I thought I would share them with you. Three of them I found online, so I’ll send you the link, but the fourth one is an old recipe I’ve used for years and picked up from a friend in the way back so I’ll post that here.

First, I found this toffee recipe on Damndelicious.net. It worked beautifully and turned out great. My chocolate chips didn’t melt properly. (Though I’ve made toffee before in the distant past and they melted fine, so maybe it was my ancient chips?) I did have some almond bark though, so I melted it up and it worked great. The toffee starts to harden really quickly once you take it off the heat, so get your pan ready first and start spreading it fast! 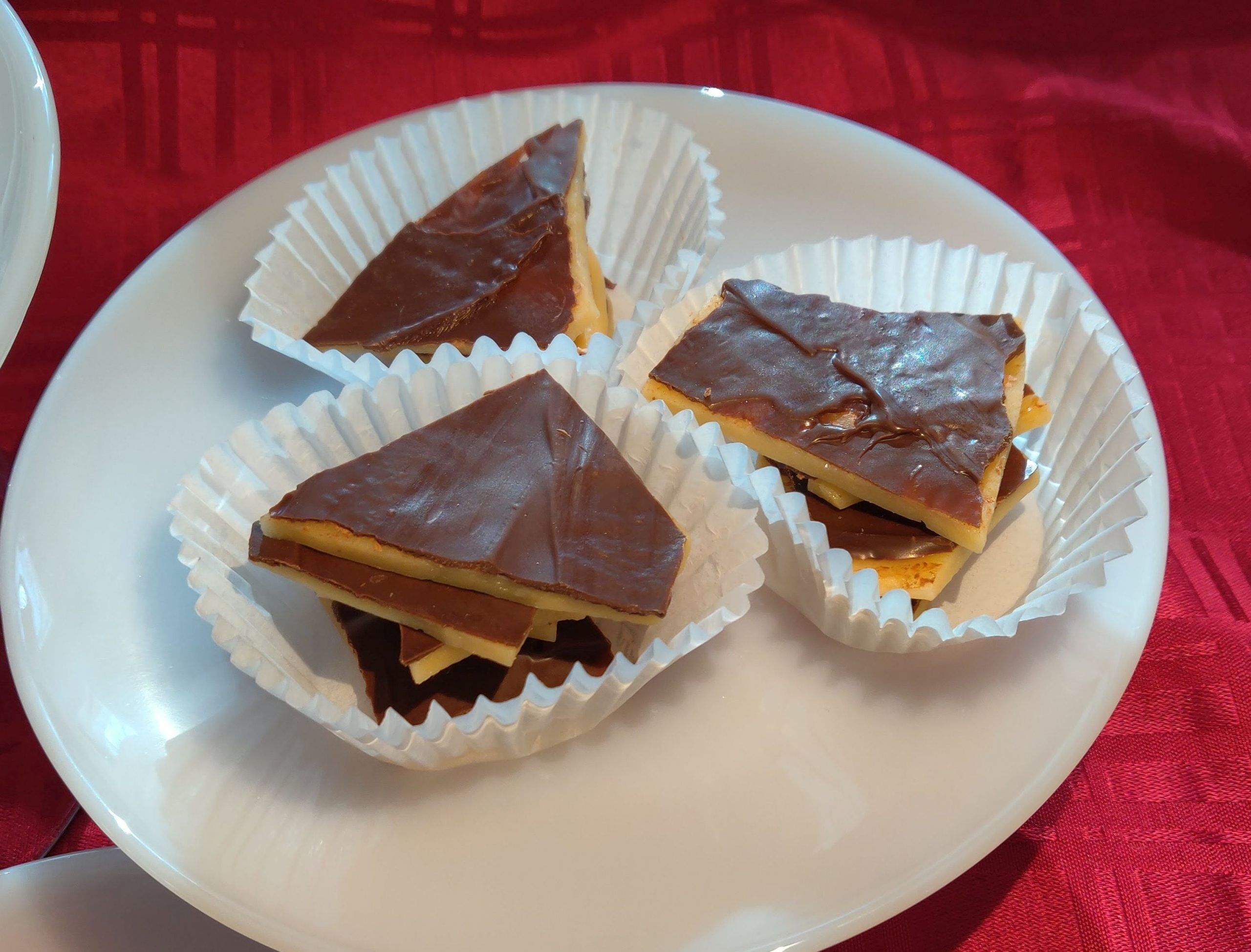 Second were these chocolate marshmallows. I found the recipe on Foodie With Family. I mixed in six tablespoons of cocoa into the gelatin mixture before adding the hot liquids. I should have also added a couple tablespoons of cocoa into the powdered sugar that I dusted them with after cutting (and during cutting), but didn’t, as you can tell from the light powdery cast on them. 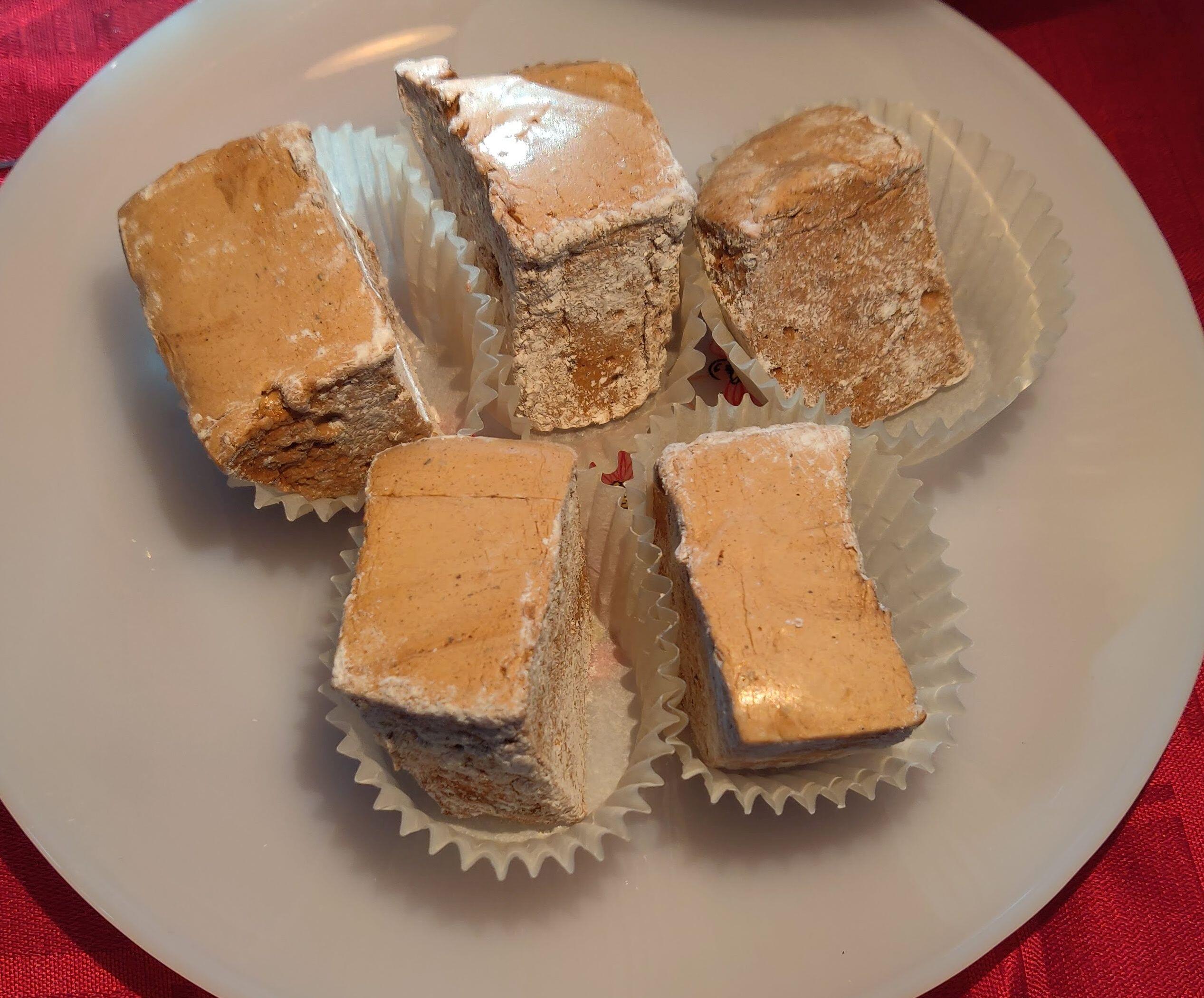 I love these caramels. Seriously, they’re so good, but I’ve never made it in the microwave before. This recipe turned out great! I picked it up at Cooking Classy. If you have a candy thermometer or a laser one like mine, make sure the liquid gets to 240-245 degrees after you stir it up. The first time I nuked this I only went to 235 degrees–which is the temperature I use for my no bake cookies–but it left the caramel just a tad too soft to work with. No problem. I just poured it back into the original bowl (cleaned, of course!) and renuked it until it was over 243. It was the perfect amount, still soft and chewy, but firm enough to hold its shape when I cut it. 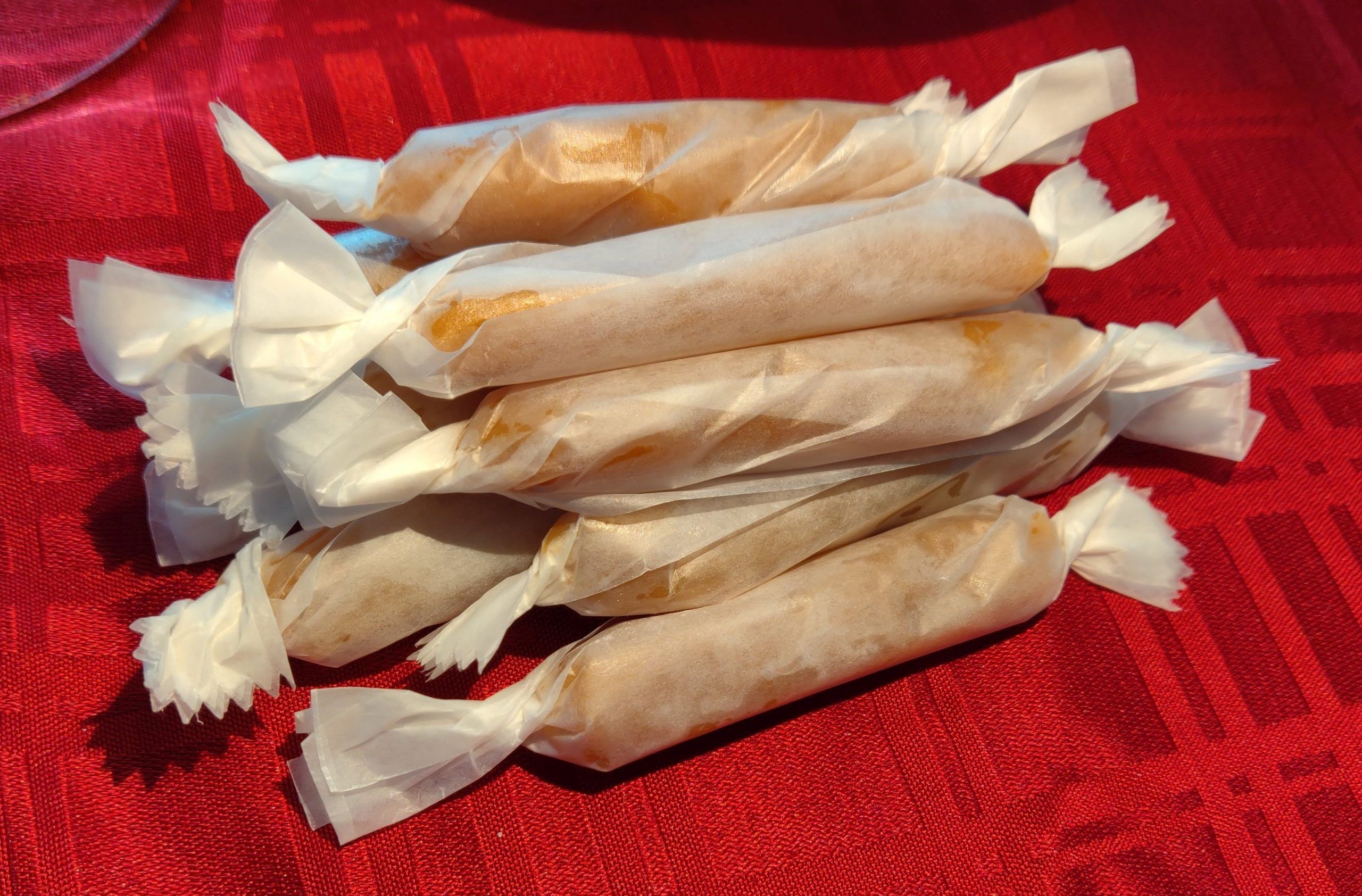 And finally, my chocolate peppermint fudge. This is the easiest fudge recipe ever–seriously.

Yep, that’s it. Melt the chips in a sauce pan on medium low heat, or in the microwave, and then mix in the frosting until they are fully combined. Easy peasy.

Pour it straight into an 8×8 pan that you’ve pre-sprayed with cooking spray and let it set for an hour or two. It cuts really well. You could also line the bottom and two sides of the pan with parchment to make it even easier to remove and cut.

Give one or more of these recipes a try for your holiday celebration!