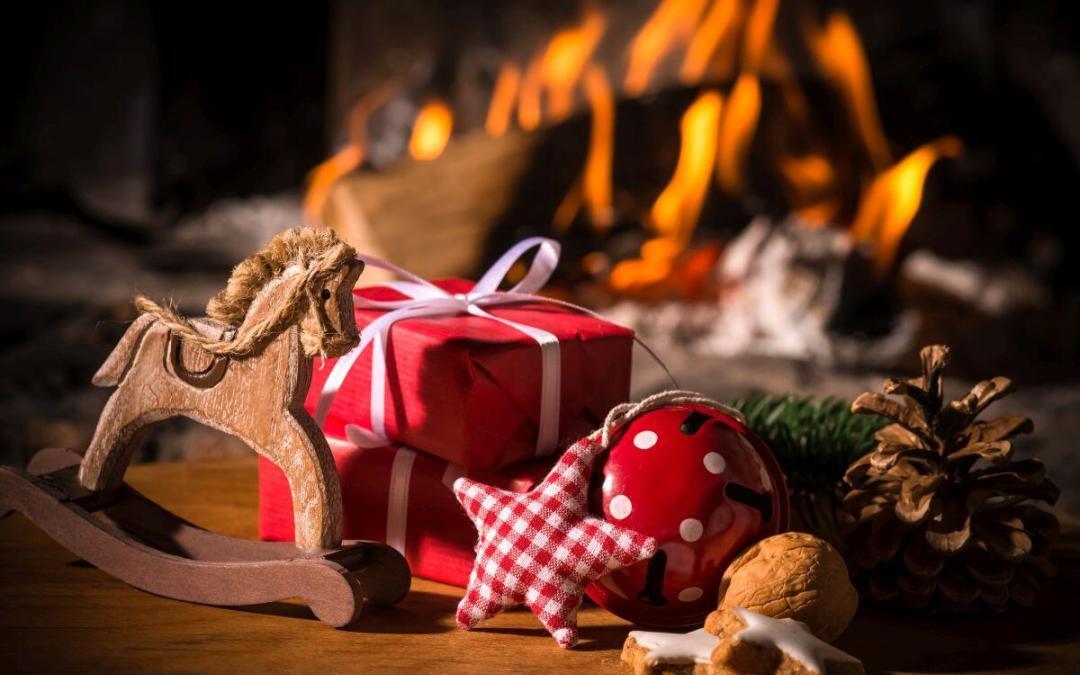 The other night I was at a church women’s Christmas party and we had cards on the table with holiday questions we had to ask. One of them asked about our most memorable Christmas.

You know what I’m talking about–that one year when things were different and unique, when things changed or you had a singular experience that you measured every other Christmas against. Or the holiday that put things into perspective. For me that was a single year, probably when I was eight (possibly nine, but one of the two.) My parents had built a house when interest rates were insanely high and got a three-year balloon thinking surely the rates would go down. But they didn’t, they only went up.

At the end of the three years, they had to turn their new house that they had spent hundreds of hours working on, planned out perfectly for our family, and dreamed over, back to the bank. The Christmas budget was tight. So tight that after a little help from my grandparents, they still only had $10 per kid to spend on Christmas gifts. Yeah, $10.

Granted, this was, um, well, a number of year ago, so ten bucks went further than it does now, but it still wasn’t a whole lot. (Trust me, I’m not that old!)  After looking at the limited options, my ever-creative parents decided to make art boxes for each of us. They set out to buy us each a plastic tub, colored pencils, erasers, craft paper, and coloring books among other things, which filled the little tub nicely. But they couldn’t just wrap the whole lot of it and put it under the tree. We’d be done in minutes and then what?

So again, they put their heads together and decided on a plan. They separated the gifts into piles–each pile had one item for each of us. Every eraser, pencil sharpener and colored pencil was wrapped individually. That made an impressive number of piles. Then they hid the piles around the house and Dad went to work crafting poetry that was fun, silly, and rhymed. (That was what made it poetry, otherwise, not so much with the iambic pentameter.)  Trust me, bad rhymes are part of what still continues to make this game fun.

Christmas morning we woke up and there were our Christmas stockings, filled with an orange, a little candy and a few minor necessities. But there was nothing under the tree for us. Once the stockings were empty, Dad pulled out the notebook of rhymes, they explained the game, and the hunt began.

I think it took us nearly two hours to hunt for the gifts, open them, ooh and aah over what everyone received at that location, and add them to our individual stash of artistic supplies. We found them on the seats at the table, in the oven, in the shower, under beds and a bunch of other places in that tiny little rental home (five kids, 2 1/2 bedrooms–don’t ask, just trust me. It was tiny.)

I’m sure my friends in the neighborhood had much nicer, fancier Christmas gifts than we did, but I never remember feeling a lack that year. My parents found a way to make even our lack seem like more than enough. (They’re amazing like that.)

This year we won’t make it back to Utah for Christmas, but many of my nieces and nephews will be carrying on the tradition, waiting for clues and running to the next gift. I hope their homes are filled with joy and laughter ad that through the remainder of the season, they won’t forget our greatest gift of all. The Christ child, who lived for us, suffered for us, and died that we might live again with the ones we love.