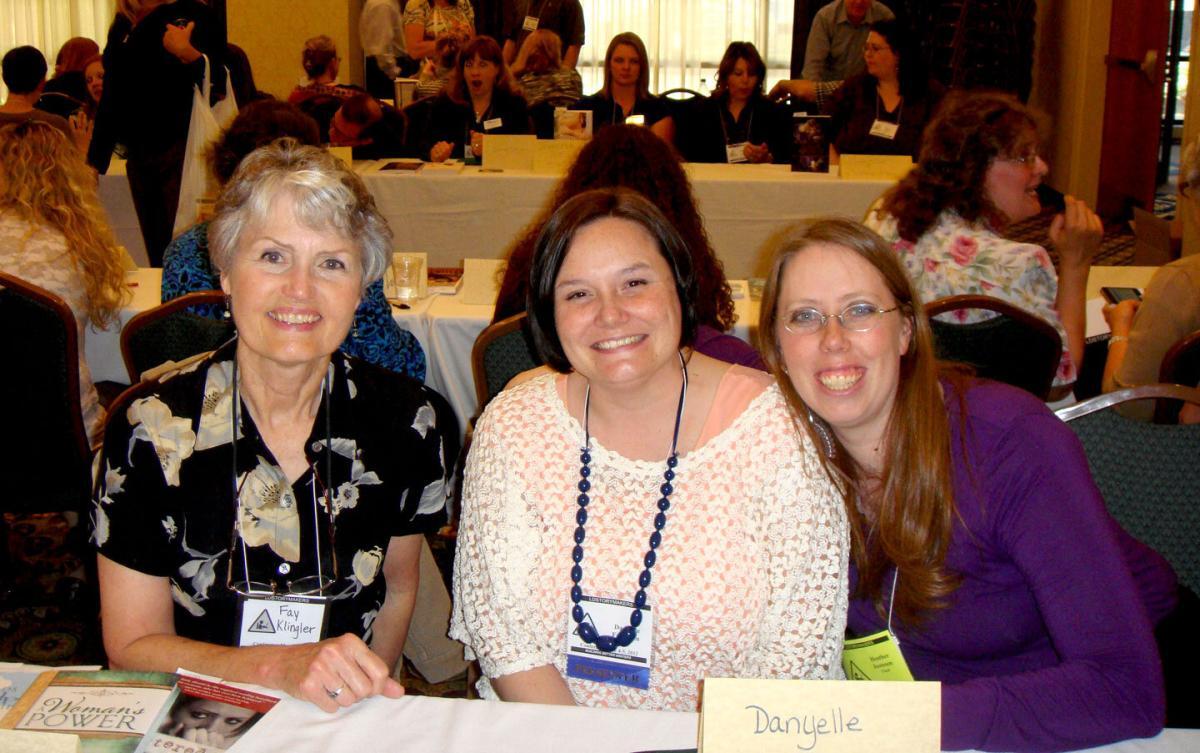 Fay Klingler, Danyelle Ferguson and me at the Mass book signing Friday evening.

So the 2012 Storymakers conference is over and we’re all still standing (except those who fainted from exhaustion. I think that includes my co-chair). Every year the conference gets a little bigger and a little better, and this was no exception. We had an awesome committee who was always on top of things (or at least they seemed to be, which is close enough in my book!) a terrific hotel that bent over backward to make things go smoothly for us, and incredible instructors. And the three minutes I was able to listen to the keynote speaker were really great too.

Jaime Theler and I co-chaired the conference this year, which had about 520 attendees at the downtown Provo Marriott, nearly 60 presenters, 75-80 classes (some were offered twice or covered two hours) and lots of laughter as we watched Sarah Eden’s writing videos. Oh, and more than a thousand books sold through our bookstore, which will help those authors pay for their conference expenses and share their brilliant advice. And several hundred dollars was raised for a non-profit in Peru. All in all a ton of terrific stuff.

I feel like I should be exhausted, but I’ve already been writing emails with my new co-chair (Don Carey) about next year’s committee, even while tying up the loose ends with Jaime and our current committee. When I said that doing a conference of that size was a marathon, I think I still didn’t know yet what I meant, but I look forward to next year–our 10th conference (which has a ton of ideas bouncing in my head).

We’re definitely going to have to cap the conference again, which is a bummer, but a necessary evil. Less than seven months until registration opens–and that’s closer than it sounds!