My new book cover for Family by Design!

I’ve been sitting on this exciting news for a while, waiting for my final draft of the cover to arrive in my inbox, and for the back cover copy, so I’m totally excited to be able to share it now. My next book, published by Cedar Fort, inc. is at the printers right now and will be available for purchase in early January. 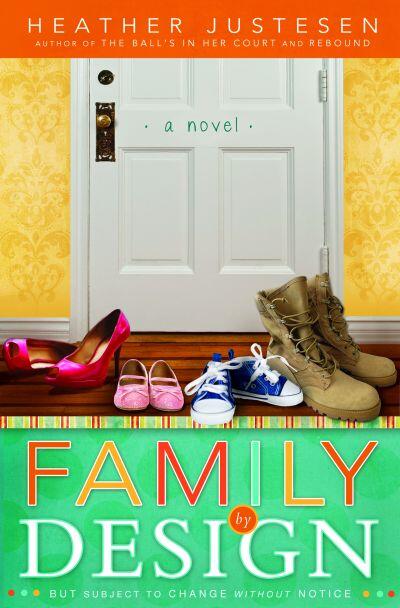 Cute, isn’t it? I’m totally excited! And here’s the back cover blurb:

Before he could think better of it, he blurted out, “I understand your concerns. I’m going to speak to my commander about getting an early discharge. My girlfriend, Rena, and I have talked about getting married. There just hasn’t been any rush.” As soon as the words were out of his mouth, he wondered what he was thinking. Yes, they had discussed marriage, but not to each other! He and Rena had never even dated. Tucker’s on his way to the biggest challenge of his life. Rena already has it all—except a family of her own. But neither one expected their friendship would take such a dramatic turn. When Tucker becomes the guardian of his newly orphaned niece and nephew, he knows he can’t handle them alone, not when he might be shipped out with the Marines at any moment. Desperate, he turns to Rena for a major favor. His marriage proposal would give her everything she wants, but can she learn to live without the romance she’s always dreamed of?

As time, prayer, and a life-changing kiss work a little magic in her heart, Rena wonders if someone up there has a plan for her that’s better than anything she could’ve come up with on her own. And though it seems crazy at first, this could become her chance for a marriage that will last for eternity.