Most women I know grew up wishing they could be princesses. There’s something about the idea of beautiful gowns and handsome princes, dancing until dawn and having someone else responsible for the cooking and cleaning–but that’s not at all what Princess Jeniah gets in this book.

Instead, Jeniah faces war, the death of her entire family, cold, hard journeys, the threat of marrying a man she knows is a brutal 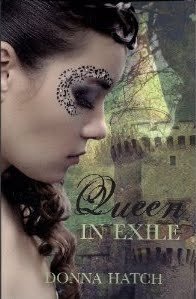 warrior, kidnapping, and loss. (Not necessarily in that order). Oh, you want the back cover copy? Here it is:

Rumors of war hang over Princess Jeniah’s peaceful country of Arden, a land that shuns both magic and warfare. Following a lifelong dream, Jeniah forms a telpathic bond with a revered creature called a chayim, who is prophesied to save her kingdom. But when a Darborian knight comes upon Jeniah with her chayim, he sees only a vicious monster about to devour a maiden, and he slays the beast.

Devastated by the loss of her chayim, and fearing that her own magic is evil, Jeniah doubts her destiny. When an enemy invades Arden City, they slaughter the people, storm the castle, and execute the entire royal family except the princess. Rescued by the knight who slew her chayim, Jeniah is now heir to the throne of Arden and the only hope for freeing her people from tyranny.

On the run and hunted by enemy soldiers, Jeniah must place her life and the fate of her kingdom in the hands of this trained killer. Torn between embracing her destiny as queen of Arden, and her love for a mere knight, she must ultimately rely on her magic to save herself and her people from death and tyranny.

I wasn’t sure what to expect of this book when I picked it up, but hey, I like romance, medieval settings, and fantasy. It seemed to have all of those good elements, so I thought I’d give it a try. Though I thought the death of the chayim (basically in the opening scene of the book), was too early for me, as the reader, to have understood what a momentous occasion she had experienced, and lost, the cause for her anger at the knight is easy to understand.

I liked Jeniah. I thought she was an interesting character, selfless, patient, and uncomplaining despite huge trials that came her way. The storyline seemed to move along at a good pace, and there was plenty of chemistry between Jeniah and Kai throughout–which always wins points from me! There were also plenty of bad guys along the way throwing realistic obstacles in her path, and the solutions weren’t easy.

One warning, there were a couple of scenes near the end that someone with a weak stomach may want to skim over (write me for specifics, if you want them). They are entirely necessary for the story, and not overly detailed, but even I was a tad grossed out by them–then again, maybe I just have a very vivid imagination, I am an EMT, after all, and have seen many a gross thing.

That said, I definitely enjoyed the story and plan to look for more of Donna’s books. You can learn more about Donna and her books on her website.

Oh, and lucky lady Amber Nielson of Vermont just won a copy of this book in the Summer Treasure Hunt I’m participating in. Learn more about this fun giveaway here. There are five weeks of daily prizes you can still enter to win!