Book review Mark Shurtleff’s “Am I Not a Man?” 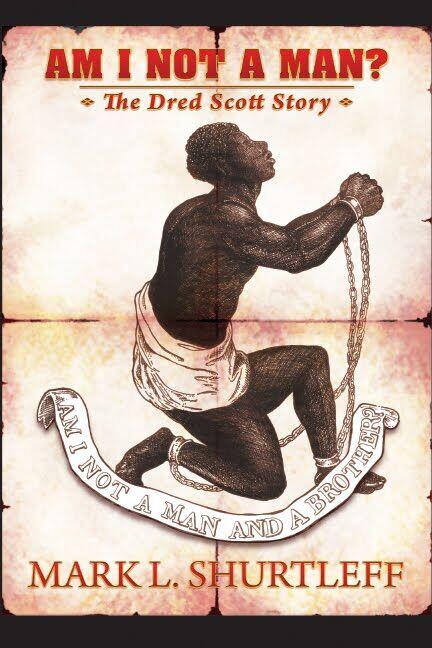 content. However, I was very pleasantly surprised when I opened the book and began reading. Shurtleff has a lyrical way of story telling that adds to the story, rather than making me feel bogged down with description. The prose was true to the time period and felt very authentic.

A few details about the story. Am I Not a Man: The Dred Scott Story is the true tale of Dred Scott, a man who was a slave back in the 1840s and 1850s (earlier than that, actually since he has a nearly-grown daughter when the story begins.). He and his wife had been taken from a slave state and lived in a free state for some months or years. During this time the laws were such that if a slave was taken to a free state by their masters they were automatically considered free. While they were there, his wife gave birth to a daughter. They later returned to a slave state and Dred Scott sued for his freedom. The courts granted it, but his previous owner’s family decided to pursue the matter and got the ruling overturned a couple of years later.

Dred Scott wouldn’t give up however, and eventually the case went before the Supreme Court, where the justice issued his opinion that the blacks were not real men after all and deserved no consideration. This declaration so infuriated many of the citizens in the free states that it catapulted Abraham Lincoln–a relatively unknown candidate–into the presidency and pushed the country into the Civil War.

This story is used as a case history for law students all over this country, which is how Shurtleff learned about it years ago. He’s dedicated considerable time over the years studying the history, visiting the sights and speaking with Dred Scott’s descendants.

The story reads like a novel, pulling the reader into the story and heartaches of Dred and his family. The book can be purchased at Amazon.com and will soon be in stores everywhere. If you live along the Wasatch Front and would like to meet the author, he is having a big book launch party at Barnes and Noble at the Gateway in SLC on November 3.

Disclaimer: just because the FTC seems to think I need one. The publisher provided me with a free soft-bound, unedited advanced reader edition for this review. However, we had already ordered a limited-edition hard copy, and I would have done the review regardless. But I’m keeping the ARC anyway.