New Arrivals and This Month’s Goals

I’ve been having a fun hatching week. Last year my duck eggs were all duds–not a fertile one in the bunch, so I was really excited when I checked these and saw growth after the first week. Now the first batch has hatched I love watching them play.

See how cute these little ones are? And a closeup! 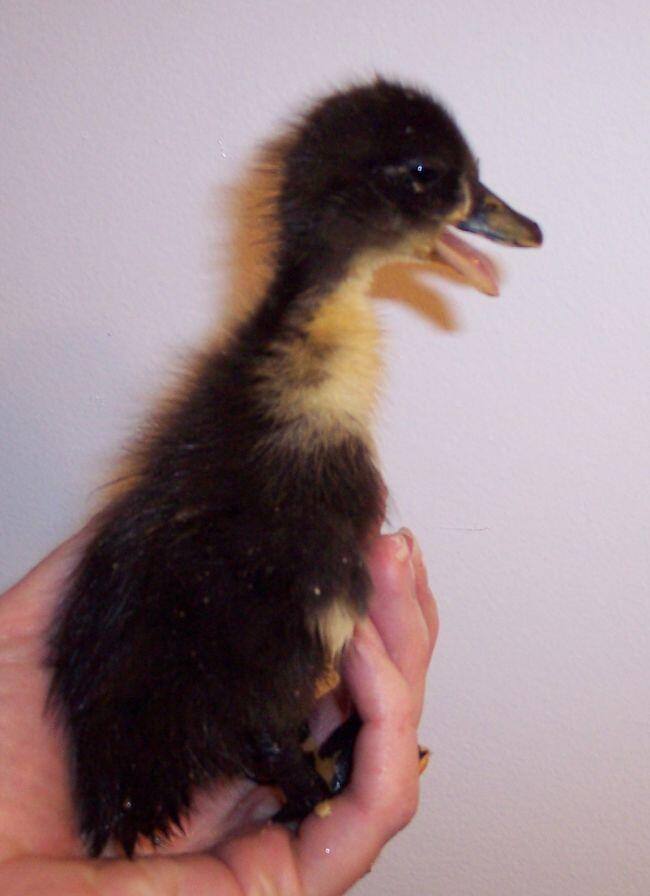 Most of the ducks are Cayuga/White Pekin mixes (at least, that’s what I’m thinking, I’ll know better when they feather out.) But apparently my Khaki Campbell Drake occasionally got ahold of the female too. I’m hoping that one is a girl. I have another batch due to hatch in another week, and a third one the week after that. And I just put the last of the eggs in the incubator…the hen (female ducks are called hens too) sat on them for a while, then got off for far too long, so I stole them. I’m not sure if they’ll develop now or not, but I’ll give it a week and see what happens. Contrary to my friend Danyelle’s expectations, lots of people around here have ducks, so I’m hoping to sell off any future hatches. I also have goose eggs in the incubator, but I think I lost my first batch. We’ll have to see what happens. Soon I’ll have to take my duckies for their first swim (Which is the most hilarious thing. I’ll have to take some video).

Also hatching last night and today are some tiny little coturnix quail. It’s hard to tell from a picture but their bodies are about the size of my thumb from the tip to the first knuckle. They share a heat lamp with the one-week old chicks in the next box over.

And below are some three-week-old chicks and four-week-old quail. There’s no lid on the box, so I’m really surprised the quail haven’t decided to run wild and free yet (in my spare bathroom, so it’s not like there’s anywhere to go.) but I’m not complaining. I’ll have to make a pen for them outside really soon–if I can drag myself away from my laptop that long. I moved my oldest chicks out to the big coop yesterday (yeah!). 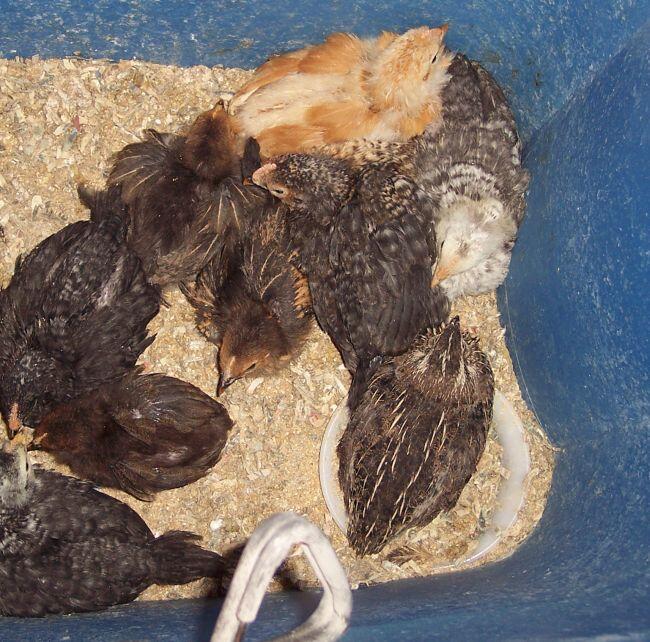 Speaking of laptops, I signed up to join Tristi’s Challenges for the month of April, which is an opportunity to make a writing goal and have to follow through because someone is going to ask if you met the goal. Mine this month include doing a final edit on my second, currently untitled book, doing another edit on my third book (Which is titled, but the title I’m using may give too much away, so I’m considering other options) so I can send it out for critiques, and then doing some serious writing on another book…at least 40,000 words, I think. That may be split between more than one book, but we’ll have to see what happens. And then, of course, I’m getting all kinds of excited about planning my publicity for “The Ball’s in Her Court,” which comes out in June