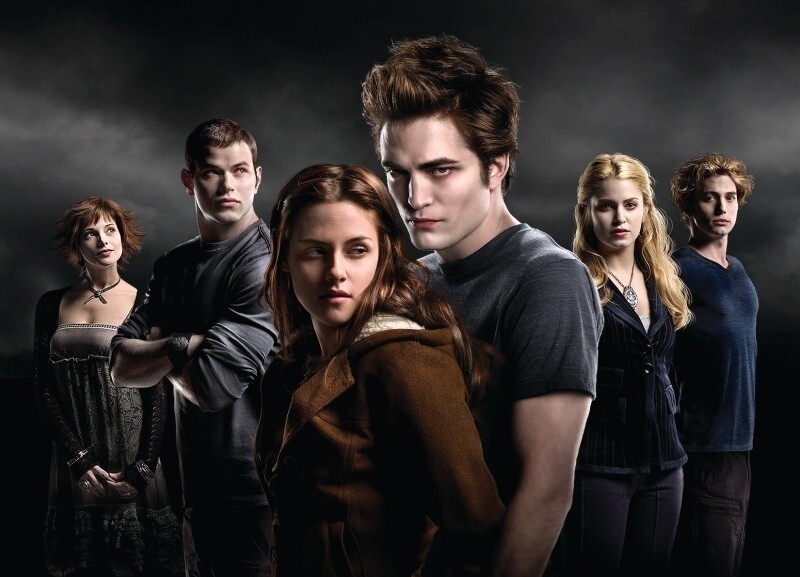 You know a book has taken hold of the nation’s imaginations when everyone you know asks you if you’ve read it yet. For the past couple of years my excuse has been that I wanted to wait for the series to be completed–there’s little I hate worse than waiting for the next book in the series to come out. Harry Potter nearly drove me crazy. Then Breaking Dawn came out and my husband bought the boxed set. He immediately set about reading the series, and finished it in record time. His mother borrowed the books and read them, and still I put it off.

I knew it would take a large chunk of my time to read all four, and that I wouldn’t get anything else accomplished while I was reading Stephanie’s Myer’s books, so I kept putting it off. After all, I had editing and writing of my own to do.

Then the Tuesday before Thanksgiving, my laptop gifted me with the blue screen of death. Well, it was awful, actually, since I lost at least 25 pages of manuscript that hadn’t been saved to the server yet (that’ll teach me to write my chapter for my weekly critique session so early). Stupid, stupid, stupid. So shortly after one of the women from my critique group nearly lost her chapter, I should have been more diligent.

Often the blue screen can be worked around, data can be saved, and you can breathe a huge sigh of relief. Tristi was so lucky. However, even my computer genius husband, who has been known to fix problems the Geek Squad couldn’t even *find*, said the hard drive was toast. Whining, moaning, and gnashing of teeth ensued.

I wallowed in self pity for an hour, then picked up Twilight. Six days later despite the holiday and an incredibly busy week working on my local ambulance service, I had finished the series. And last week my husband and I found an evening to drive to Delta to see the movie. It’s only 35 miles each direction, what’s a little drive when a movie is at stake, right? (This trip may not seem odd to you, but the last time my husband and I saw a movie in the theater was when The Order of the Phoenix came out a year and a half ago. Coordinating our schedule to make it to the theater can be a pain.)

I had no real idea what to expect from the books, since all I had heard was that it was about a teenage girl who falls in love with a good vampire. I tried to keep an open mind about the movie as well. I enjoyed them both. A lot.

I’m not going to rush to create a vampire plot of my own, but then, my imagination doesn’t seem to twist that way. I am going to see the movie again this weekend when it comes to my own theater–a experience for anyone who is used to cushy THX theaters. Our local cinema has one screen, is only open four days a week, has no stereo sound, and you can hear the reel turning through the whole thing because there’s no glass between you and the projector. My husband’s sensibilities are assaulted when we go there, which contributes to our watching our movies at home. Not being the audiophile he is, and feeling comfortable in the familiar surroundings of my youth, I don’t mind so much.

The story on screen seemed to start slow as every character was introduced one after the other, and though Bella and Edward seemed to spend a lot of time getting to know each other in the movie, i would have liked to see a bit more of it before they started declaring their undying (or undead, as the case may be) love for each other. There wasn’t much build up of the relationship before Bella was able to swallow the truth about him. Some of the funky camera tricks they used –I’m assuming to dress up the show because it was low budget–drew a lot of attention to themselves. If I did that in my writing with flowery words, my critique group would tell me to cut them.

Still, as they managed to keep the heart and feel of the story true, I am going to see the movie again, and I’m sure it’ll be joining our DVD collection when it is released. I’m curious to see what writers and directors manage to do with the second book in the series.

And sometime between real life and writing, I’ll have to squeeze in time to read the series again.