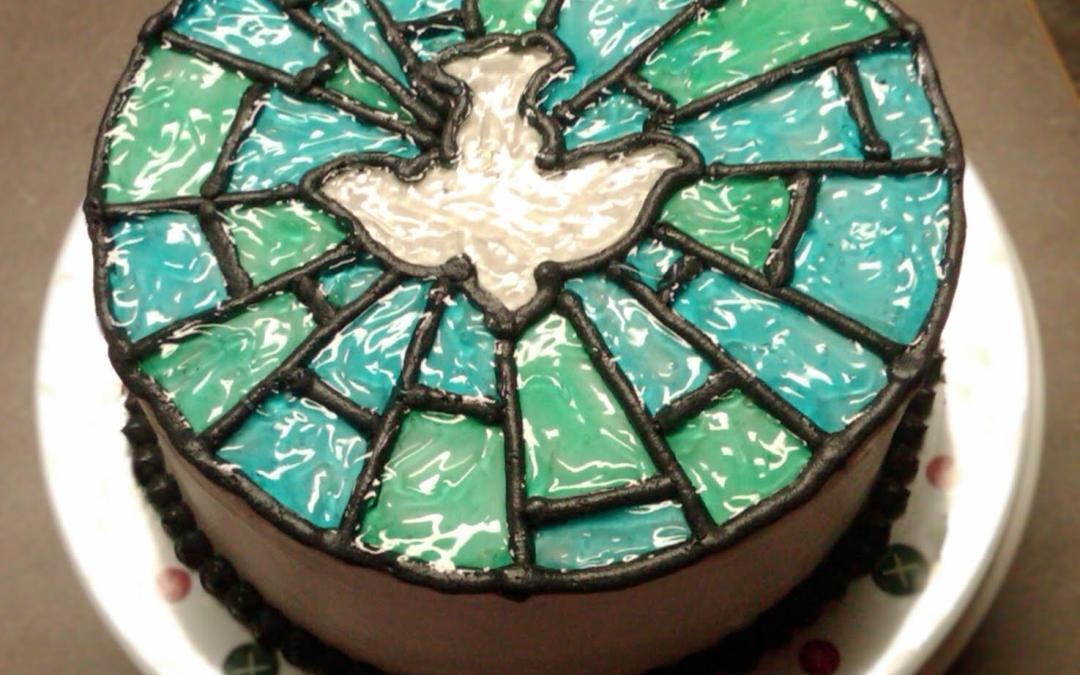 Because she loved the new YA book, “The Dark Divine,” and was thinking bout cake decorating contests, Debbie over at the Cranberryfries blog held a contest using something from the book. When I first heard of the contest I hadn’t read the book, in fact, I think I had only heard of it once before (where have I been, right?) and was struggling to come up with enough information about the book to design a cake off of it (because you all know me, cake are my only canvass). Then I went to Authorpalooza at the Barnes & Noble in Sandy and who was sitting at the next table? Bree Despain, the author of said YA book. I kept watching the customers line up a her table, chat, buy books, and pick up some free nail polish.

Finally, minutes before the signing ended, I broke down and bought a copy (hey, everyone else was doing it). If you read the review I posted a few days ago, you’ll know that I really enjoyed the book, and I considered all of the different scenes and themes I could use in the cake contest–of course I didn’t even think about the main thing that readers recognize as a symbol of the book–the walnut tree–but I came up with another idea that sounded different. The book mentions a stain glass window that is broken in the church. I thought it might be interesting to do a stained glass cake. As you can see from the photo above.

I told Debbie I would post a how-to on this because several people were interested to know. The fact is, it was fairly simple–it just looks impressive! If you’ve been to cake decorating stores or stores that have sections on cake decorating, you’ve probably seen the 1-pint containers of piping gel. Wilton puts this out in a little white tub with orange writing on it, but it comes clear.

I spent a fair amount of time online looking at pictures of stained glass windows until I found one that looks very much like the cake above. I frosted the cake in white (as you cane see) because piping gel always shows off whatever color you frost the cake, so ALWAYS use white unless you want a special affect from tinted frosting. Next I took a chopstick and made lines across the cake by pressing it lightly into the forsting surface, creating the pie-shaped segments. Then I copied the picture I was using as a guide, blew it up, and cut out the dove. I set it in the middle of the cake top and outlined it with the tip of a toothpick.

The rest was straight forward. I colored some frosting black and covered all of the lines I’d made on the cake top. I used a bit of the piping gel straight from the tub for the dove, then colored some blue for the blue panes. When I had enough blue, I put the rest of the blue gel back into a bowl, added more, and tinted it green, then spread that in the rest of the areas. I used a pasty bag to pip the gel into place because it was the easiest way, then spread it with the tip of a butter knife. The whole project from frosting to finish only took a couple of hours–try it yourself sometime!

Below is a birthday cake I made at the first of the month–okay, so it was for my birthday! I was trying some new techniques, not having done most of the flowers pictured here before, or used colorflow icing (the butterflies are made from colorflow) I’m sorry the picture is so fuzzy, I got it put together at and realized I didn’t have the memory card for my camera and had to use my phone. I was very pleased with the way my lilies turned out (and they were SO EASY!), and with much practice, I even managed most of the other flower techniques I was working on. 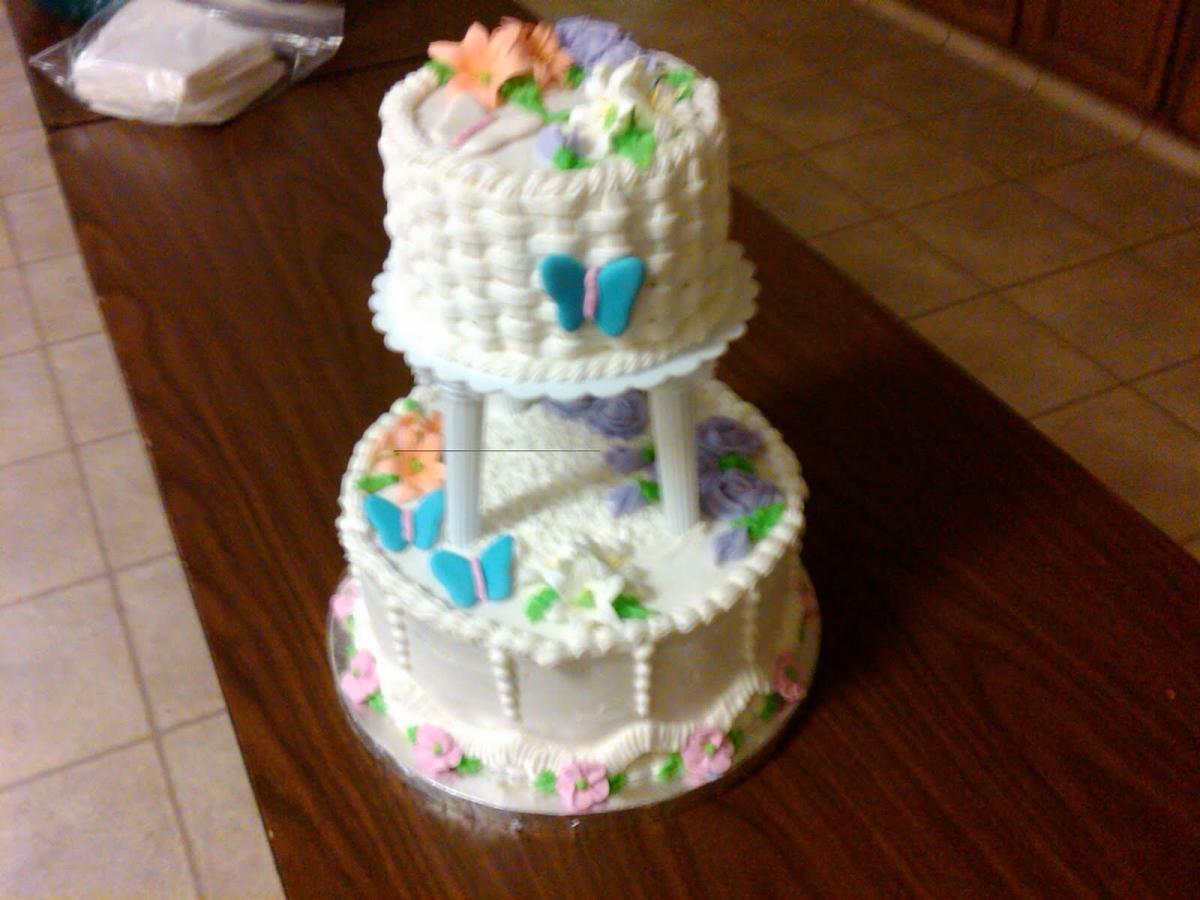 On completely different news, I submitted my third book to my publisher on Friday on my way to the LTUE conference at BYU. I’m trying to remind myself I probably won’t hear back before the Storymaker’s Conference at the end of April, but I feel my stomach quiver every time I wonder what they’ll think of the book. Also, i’m excited, my editor is supposed to be working on “Rebound” starting sometimes this week, and I’ll be doing a final proof on it in a few weeks. I’m really excited and totally curious about what the cover will look like. Patience is not my strongest virtue!