And you thought all of these lessons would be serious…well, sor 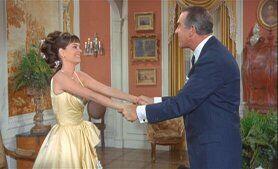 t of serious. I guess Lesson 9 was rather unconventional. From my earliest years I remember watching old musicals with my mom. I’m familair with all of the standard shows one might expect like My Fair Lady, The Sound of Music, White Christmas, Singing in the Rain, etc. But, how many people in my generation know about The Happiest Millionaire? I can’t imagine my growing up years without running around the room singing and dancing to Bye-Yum Pum Pum, 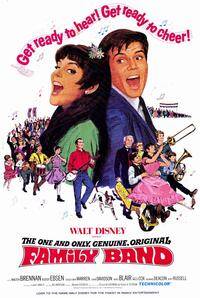 (this is the ringtone for my mom and most of my sisters on my cell.) and Watch your Footwork. And if you’ve heard these songs and don’t get the attraction…well, I guess you just had to be there.
I’m also rather partial to Family Band but then, anything with Leslie Ann Warren and John Davidson is worth several viewings! And this show is how I knew that Grove Cleveland was the only president of the United States to be elected to two non-consecutive terms. So you can learn something from old movies! 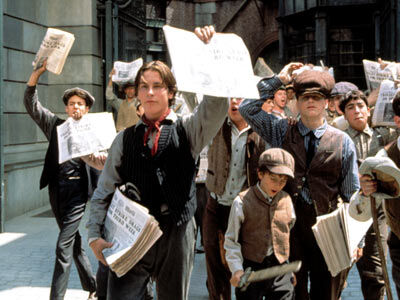 Actually, it wasn’t just old musicals that run through our family like golden fine threads, but music in general. When we went on family trips we often sang silly songs (that was mostly my dad’s influence actually, he spent a few too many years as a Scout master.), patriotic songs, and songs from our favorite musicals. Which of course, had to include Newsies. I think we could still, to this day, sing every song flawlessly–my parents might cringe at the opening bars of The World Will Know, or My Lovey-Dovey Baby, but we sang them all at the top of our lungs on long car trips. If it wasn’t exactly a peaceful ride, it wasn’t filled with whining and complainging that someone was looking at us funny or was on our side of the seat! I seriously have got to figure out what my husband did with my sound track. I swear I wasn’t singing it loudly around him–he had no reason to hide the CD from me…
Thanks, Mom, I still love a good musical. We definitely need a Girls’ Movie Night. I’m feeling nostalgic.